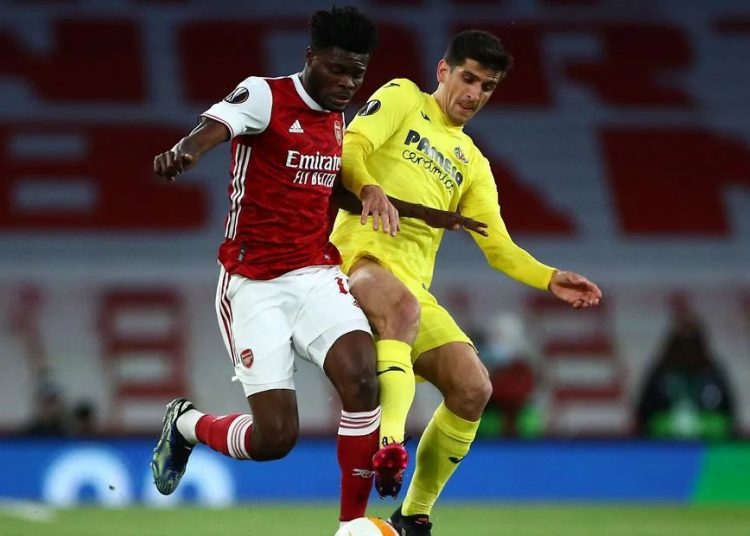 Ghana’s Thomas Partey was subjected to brutal trolling at the hands of social media commentators as Arsenal bowed out of the Europa League.

The Gunners needed just a goal to sail through against La Liga side Villarreal but were held to a goalless draw at the Emirates Stadium which ended all title hopes of the North London club, who exited 2-1 on aggregate.

Plagued by injuries amounting to longer spells on the sidelines than he’d had in his entire career pre-dating Arsenal, the troubles of the squad in the Premier League and those of his thighs have not culminated in £45m well spent on the Ghanaian.

On the night against Villarreal, Partey put up a stinker, which resulted in Arsenal fans bashing him and rival fans trolling the £45m rated midfielder.

Partey has been so disappointing this season. But he has a free pass from me. Arteta tax + injuries + first season in England. Next season we can judge him better

Thomas Partey is cursing his stars at the moment. Lmao… Better teams want you but Arsenal you say you go go

The Partey we saw today pic.twitter.com/1dRJuKV7FO

They said partey was better than pogba because of one good game😭. Arsenal fans deserve whatever pain they’re going through tbh

Donae’o is to blame for Thomas Partey’s form. That song cursed him still 😅