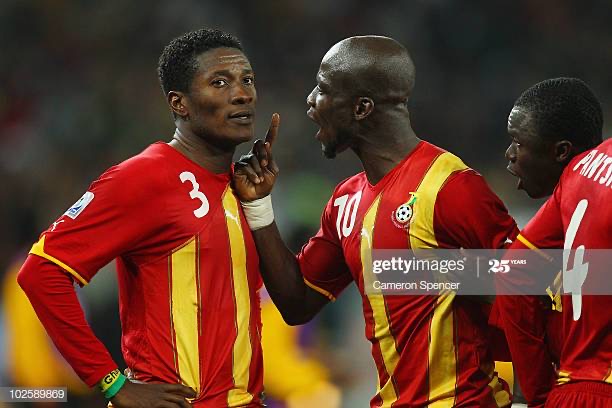 Former Black Stars captain, Stephen Appiah, has dropped his list of the greatest Black Stars between 1992 and 2021, and his list has raised eyebrows over who missed out.

Conspicuously missing from his list, was Ghana’s record goal scorer, Asamoah Gyan, who is widely considered as one of the country’s greats.

Appiah and Gyan played together at Ghana’s maiden appearance at the FIFA World Cup in 2006, and combine for Ghana’s first goal at the global showpiece, with Gyan applying the finish.

Stephen Appiah and Asamoah Gyan made a combined 176 appearances for Ghana’s Black Stars, and together featured in three major tournaments.