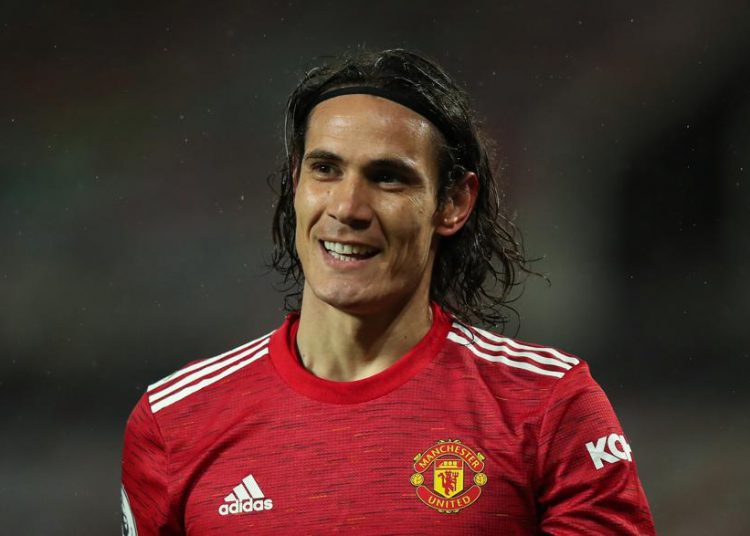 Edinson Cavani has extended his stay at Manchester United for another season.

The 34-year-old striker moved to Old Trafford on Deadline Day in October and has helped United to the Europa League final, as well as second place in the Premier League.

Following United’s 6-2 win over Roma in the Europa League last month – in which Cavani scored twice and had a hand in two more goals – Ole Gunnar Solskjaer said he had made the striker aware of his desire to keep him at the club.

The Uruguay international turned down interest from Argentinian giants Boca Juniors to remain with United.

In March, Cavani’s father Luis stated there was a “60-per-cent chance” of his son returning to South America this summer.

Cavani said: “Over the season, I have developed a great affection for the club and everything that it represents. I feel a deep bond with my team-mates and the staff who work behind the scenes here. They give me extra motivation every day and I know that, together, we can achieve special things.

“From the very first moment that I arrived, I felt the confidence of the manager. As a player, this belief gives you the perfect opportunity to play your best football and I want to thank him for that.

“I have been touched with how much the supporters have wanted me to stay, and I will give everything to bring them happiness and joy with my performances on the field. I’ve not yet been able to play in front of the Old Trafford crowd and that is something that I cannot wait to do.”

Ole Gunnar Solskjaer added: “I said when Edinson signed, that he would bring energy, power and leadership to this group and I haven’t been proved wrong, he has been everything I thought he would be and more.

“As coaches, we knew about his goalscoring record. However, it is his personality that has brought so much to this squad, he has a winning mentality and has an unequivocal attitude to everything he does.

“Edinson is one of the last to leave the training ground and sets the tone for the upcoming youngsters with his approach to his profession every single day. I have always wanted him to stay and experience the way our fans will respond to him as a player, and this means he will hopefully get that opportunity.”