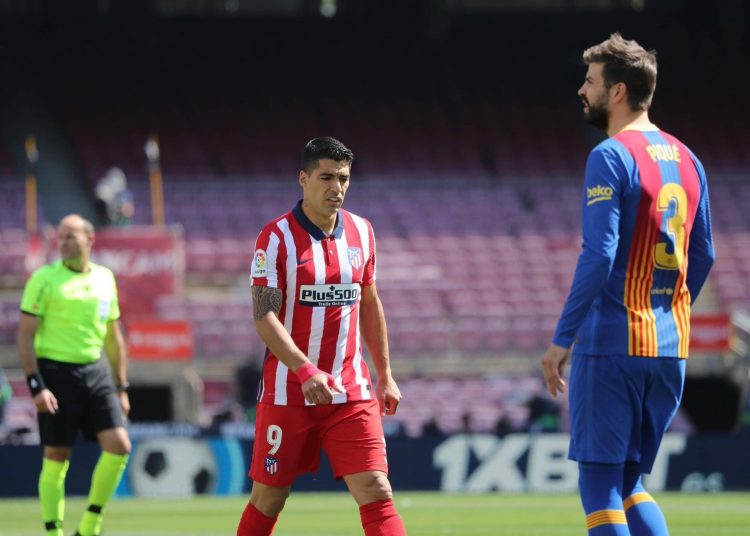 Luis Suarez may have spent over half a decade at Barcelona but even his teammates who probably experienced his eccentricities first-hand, couldn’t stand him on Saturday.

Atletico Madrid’s 0-0 draw with Barcelona kept them ahead of the Catalans on top of the La Liga table.

However, Suarez, who did not seem content with the point, tried to secure all three points with some sneaky play. 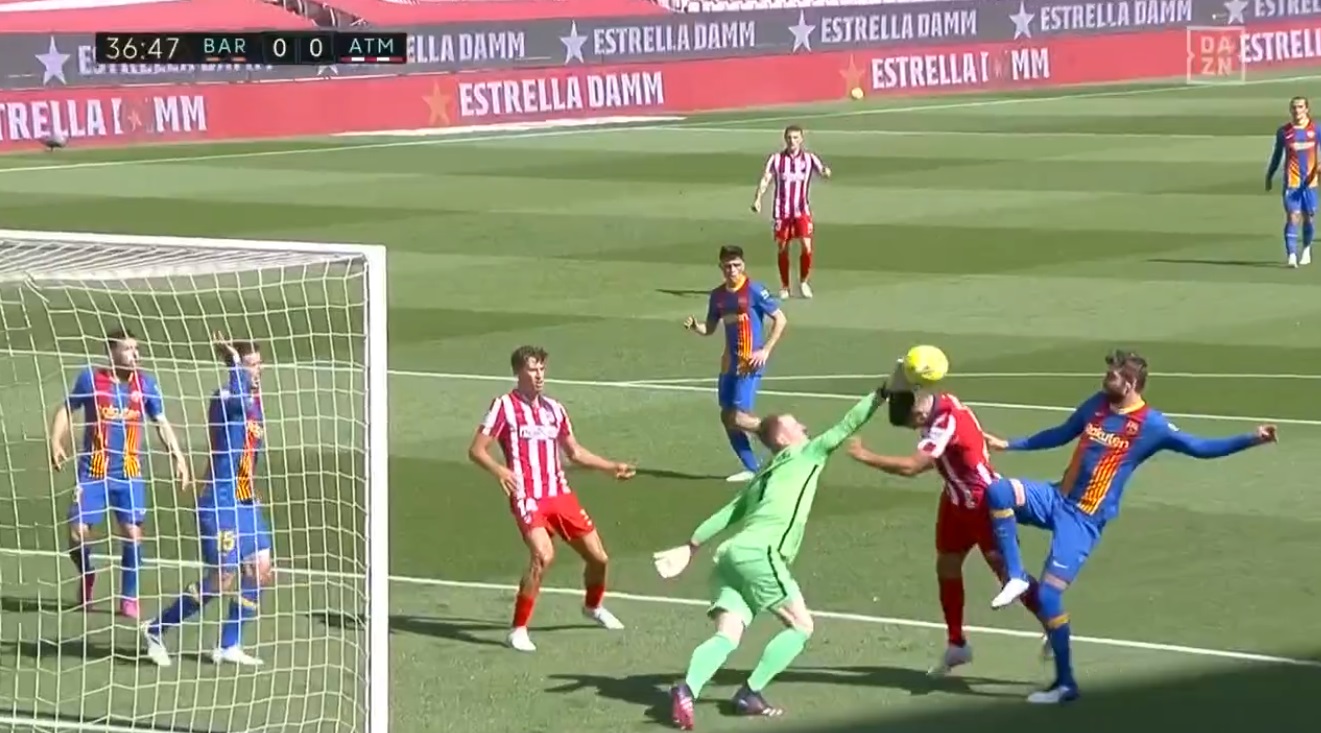 A ball into the box was challenged for by Suarez, Barca keeper Ter Stegen and defender Gerard Pique, with the Uruguayan going down clutching his head. 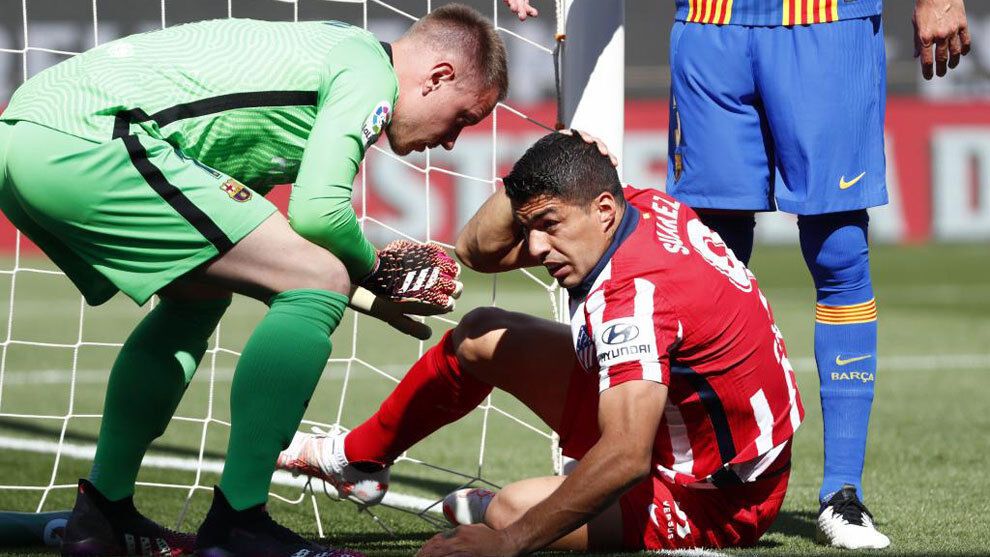 The referee waved the pleas away but the Barcelona players were less than pleased with Suarez’s antics.

“Luis!,” screamed Ter Stergen, to which Suarez replied: “Did you make contact or not?”

Still upset, the German goalkeeper said: “It was my hand. If it is my foot ok, but come on.” 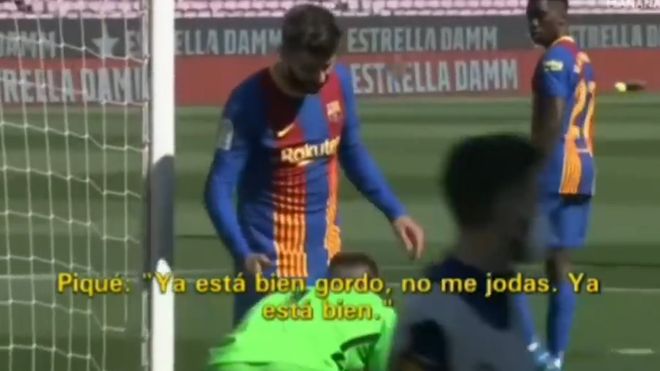 Pique arrived on the scene seconds later, saying angrily: “Come on, fatty, don’t screw us over.”

It seemed all was forgiven at the end of the match, with Pique hanging out with Suarez, Lionel Messi, Jordi Alba and Antoine Griezmann in the tunnel. 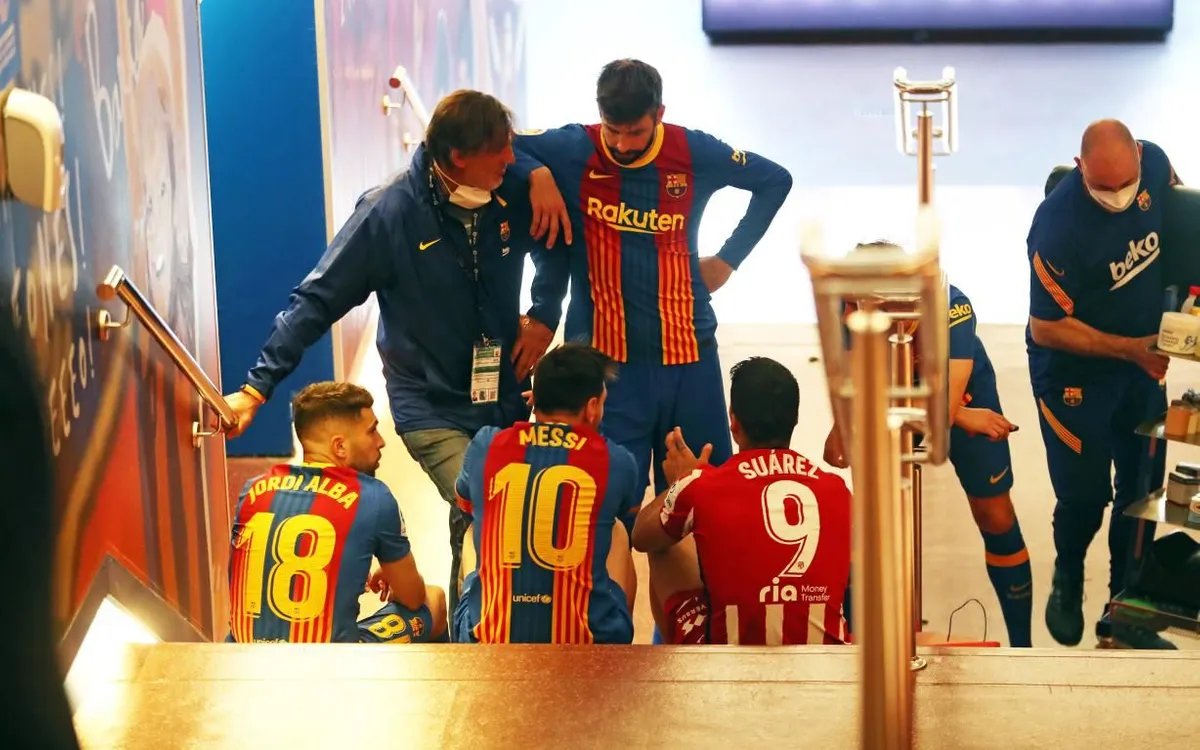 The draw keeps Atletico at the top of the table in Spain, two points clear of Real Madrid who drew with Sevilla and a further point above Barcelona with three games to play.