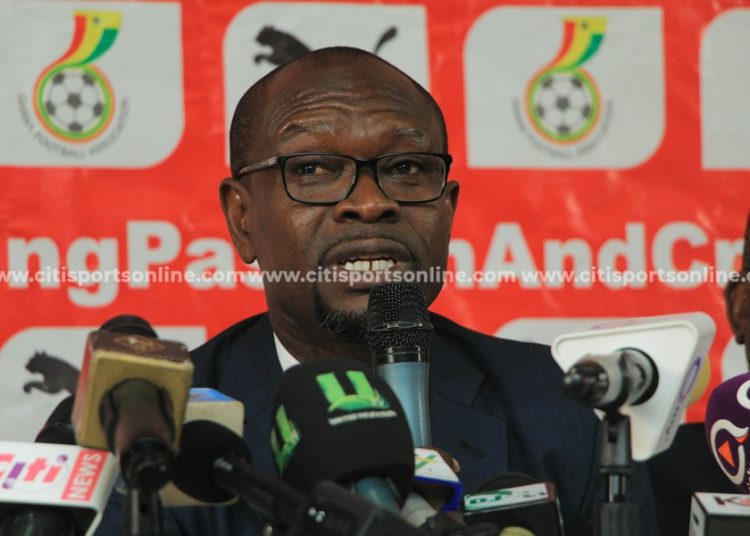 Head coach of the Black Stars of Ghana, Charles Kwablan Akonnor has named a 30-man squad that will play the Atlas Lions of Morocco and the Elephants of Côte d’Ivoire during the June international window.

The Black Stars of Ghana were initially supposed to play  Ethiopia and South Africa in the 2022 FIFA World Cup Qualifiers, but those games were postponed by CAF due to COVID-19 fears.

Ghana will take on Morocco in Rabat on June 8, before flying back to Cape Coast to host Ivory Coast on June 12.

Goalkeeper Richard Ofori returns to the squad having recovered from a groin injury. Reading FC’s Andy Yiadom, Portugal-based Gideon Mensah, Real Mallorca’s Baba Iddrisu, Shenzhen FC’s Frank Acheampong, and in-form forward, Kamaldeen Sulemana have all made a return to the team for the two matches.

Former U-23 star Joseph Paintsil has also been named.

Guimaraes defender Abdul Mumin misses out on a call-up to the national team once again together with Alfred Duncan and Metz captain John Boye.

The squad includes seven Ghana Premier League players with Kotoko’s Abdul Ganiyu retaining his place after impressing in the last Afcon qualifiers against South Africa and São Tomé and Principe.

Ghana is scheduled to play against Morocco on Tuesday, June 8 in Rabat before taking on the Ivory Coast on Saturday, June 12, 2021 at the Cape Coast stadium.