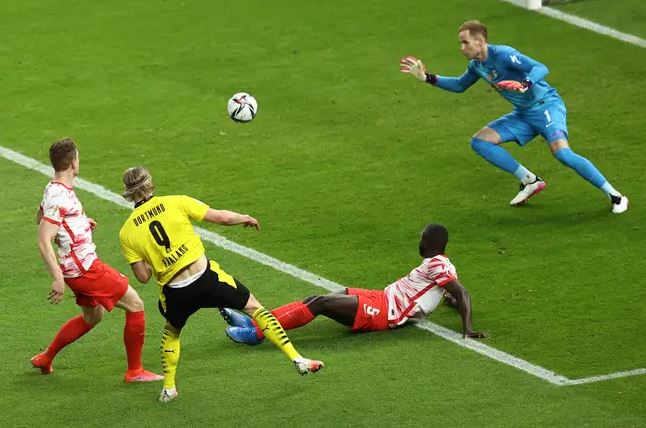 Erling Haaland was on target twice as Borussia Dortmund overcame RB Leipzig on Thursday night to win the DFB Pokal.

Jadon Sancho had already put Dortmund up by a goal before Haaland was put through on goal in the 28th minute.

After winning a foot race with Leipzig defender, Dayot Upamecano, Haaland proceeded to bully the Frenchman, barging him off the ball with ease.

Haaland then curled the ball in with his left foot to double Dortmund’s lead. They eventually won the match 4-1, with Jadon Sancho also netting a brace. 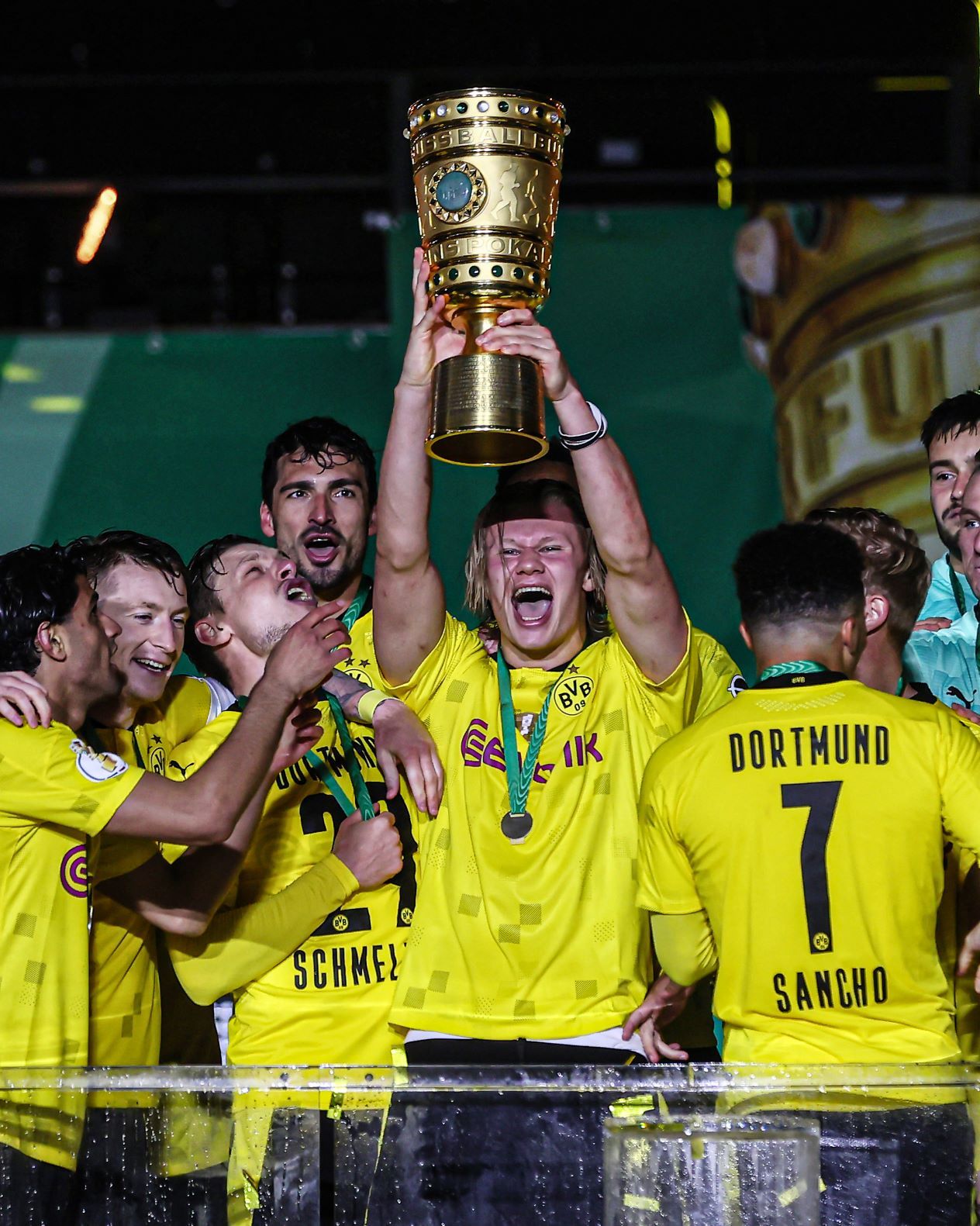 The Norwegian explained in an interview after the match that he had spent some more time in the gym prior to the game and felt he could compete with Upamecano physically.

Upamecano will join Dortmund’s rival’s Bayern Munich next season after agreeing a deal with the Bavarians which would see him complete the current season at Leipzig.

After last night’s game, he’ll probably be wishing he opted to move to Bayern right away.

And Bayern bought this dude 😭😭😭