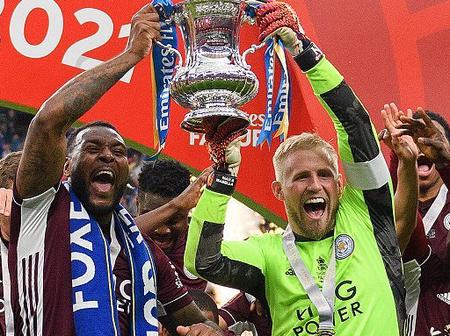 Defender Daniel Amartey has won the English FA Cup with Leicester City after victory over Chelsea on Saturday.

The Ghana international was an unused substitute as the Foxes beat the UEFA champions League finalist 1-0 to lift the title for the first time in the club’s history.

Amartey has now won two trophies at Leicester after he also lifted the 2016 English Premier League title six months after signing for the Foxes.

The 25-year-old has had to battle serious injuries to return to the team and played an important role in the club’s journey to the finals.

He joins Michael Essien, and Sulley Muntari  as the only Ghanaian players to have won the FA Cup.

Leicester will face Chelsea on Tuesday for a place in the top four of the English Premier League.