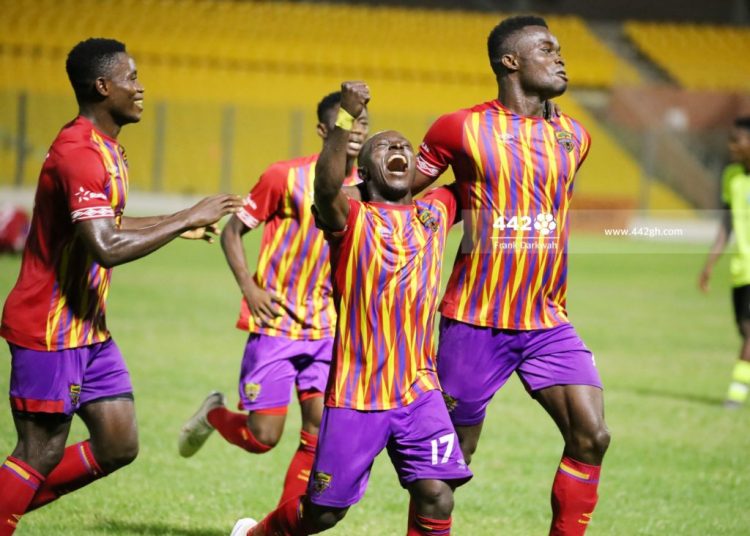 Accra Hearts of Oak beat Elmina Sharks 2-0 on Sunday at the Accra Sports Stadium, in a matchday 25 encounter, to move back into second place on the league log.

The win sees them move within two points of leaders Kumasi Asante Kotoko, who dropped points in their 1-1 draw with Liberty Professionals.

Three minutes before the half time whistle, Hearts were awarded a penalty after Sharks defender Isaac Donkor handled a goal bound shot from Obeng Jnr.

Donkor was shown a red card but Victor Aidoo had his spot kick saved by the goalkeeper as the first half ended goalless.

Hearts took the lead in the 68th minute after substitute Isaac Mensah pounced on a howler from Sharks goalkeeper, Martey.

The hosts then doubled their lead in the 79th minute when Benjamin Afutu headed in a pass at the near post.

Hearts sit in second place with 43 points from 25 games while Kotoko sit at the top of the table with 45 points.