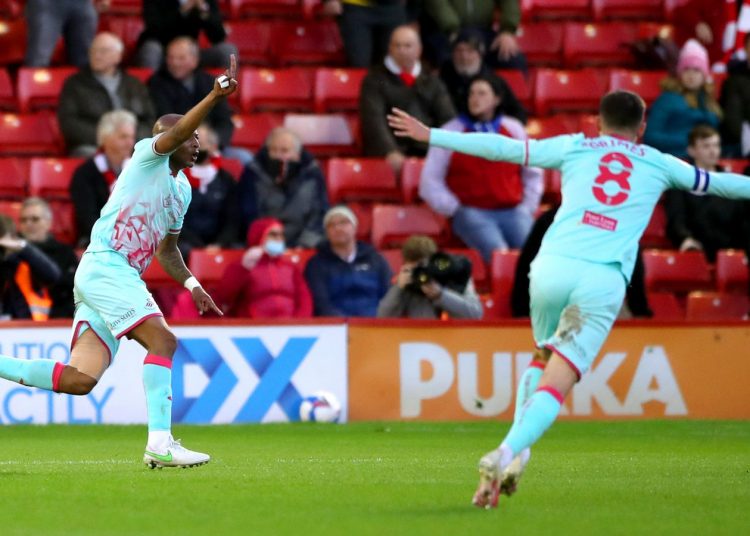 Andre Ayew’s moment of magic proved the difference as Swansea secured a 1-0 victory at Barnsley in the first leg of the Sky Bet Championship play-off semi-final.

In a fast and furious game, Ayew curled an inch-perfect effort beyond the dive of Bradley Collins to give the visitors the lead in the 39th minute.

Buoyed by the introduction of substitute Carlton Morris at half-time, Barnsley piled the pressure on Swansea, but it proved to be a frustrating night for the hosts as they found no way past Swansea goalkeeper Freddie Woodman.

The result sees Steve Cooper’s side head back to the Liberty Stadium for the second leg on May 22 with a slim advantage, while Barnsley are left with plenty to do if they are to keep their own Premier League dream alive.

What the managers said…

“First of all I’d like to say a massive thank you to the fans because it was an unbelievable atmosphere. Maybe in the first 20 minutes we felt the emotion a little and we didn’t play well in transition, and we didn’t put the ball in areas we wanted, and that’s why it was difficult to come into the game.

“The second half was much better and we should have scored, but it’s half-time now and we have everything to play for. It will be good for us to play away without any pressure. We will play like the second half from the first minute, with belief and desire that we can turn it around.”

“It was a good effort from the boys. We knew the game would be a certain type, we could have come unstuck and we didn’t. We showed bits of quality with the goal and other good moments. We certainly looked a threat.

“It was great to have supporters back. I can’t wait to get back to our place on Saturday now. That’ll be something to savour. It was fine margins, and I’m really pleased. But the final whistle in the next game is the most important one, and that’s where our focus is.”