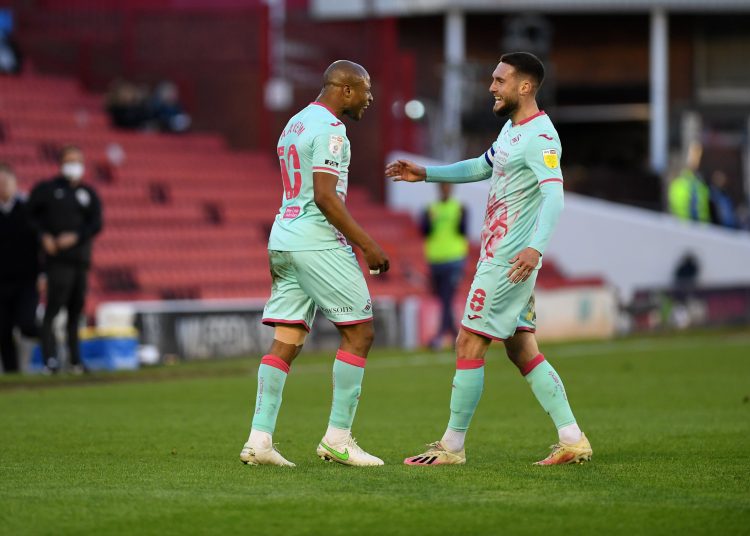 Ghana’s Andre Dede Ayew scored an absolute peach of a goal as Swansea defeated Barnsley in the Championship playoffs.

The 31-year-old produced a moment of brilliance to give Swansea City the upper hand in the first leg of the playoff semi-finals.

In the 38th minute, Dede Ayew skipped past one Barnsley defender, and, even though he was surrounded by three other defenders, the Swansea forward curled the ball beyond the reach of the Barnsley goalkeeper, Collins.

Should Swansea beat Barnsley over two legs, they will face the winner of the game between Bournemouth and Brentford.

The championship playoffs take place after the league phase has concluded with the mini-tournament ensuring a compelling end to the season as only one team is promoted to the Premier League, while the remaining sides face another year in the second tier.

This year, Bournemouth, Barnsley, Swansea and Brentford are the teams hoping to gain qualification to the Premier League via the championship playoffs.

🇬🇭 ANDRE AYEW with a worldie.

Goal number 17 in the 🏴󠁧󠁢󠁥󠁮󠁧󠁿 Championship this season.
Need this guy back In the Prem!pic.twitter.com/sexcJ4Ayq9#championship