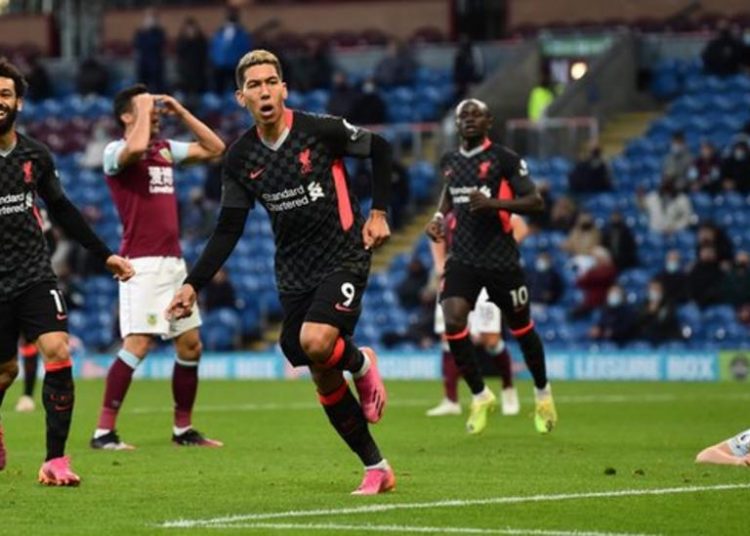 Liverpool took a huge step towards claiming one of the two remaining top-four spots with one round of Premier League games to go courtesy of a victory at Burnley that was harder work than the scoreline suggests.

The Reds are now in the fourth Champions League spot, level on points with fifth-placed Leicester City and with a goal difference four better than the Foxes.

Brazil striker Firmino added to the brace he scored at Manchester United six days ago with a neat side-foot strike from Andy Robertson’s pull-back to the penalty spot.

Centre-back Phillips then headed in Sadio Mane’s cross early in the second half to give Liverpool a cushion.

Substitute Oxlade-Chamberlain sealed the win in injury time, smashing home a shot after a neat turn to evade Charlie Taylor.

Three goals was, in truth, a poor return from a game packed with excellent opportunities for both sides.

Chris Wood was a menace throughout and should have netted with a shot from close range while Mohamed Salah and especially Thiago Alcantara – who dragged an angled shot wide of the far post – were culpable for Liverpool.

Jurgen Klopp’s side host Crystal Palace on Sunday, with the Foxes at home to Tottenham and Chelsea, who are a point better off than both, at Aston Villa.