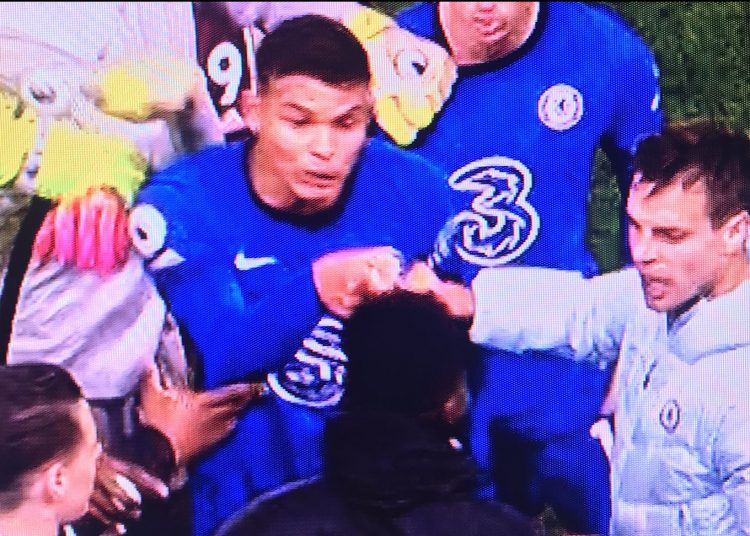 While Chelsea’s players were winning their battle against Leicester on the pitch on Tuesday night, the wife of one of the players was winning her own battle on social media.

Thiago Silva’s wife, Isabele da Silva has become a very popular figure on social media for her keen support of her husband’s club and her no-holds-barred criticism of players she feels aren’t pulling their weight.

The outspoken WAG has often flirted between the amusement and bemusement of Chelsea fans but last night she was definitely on their good side. 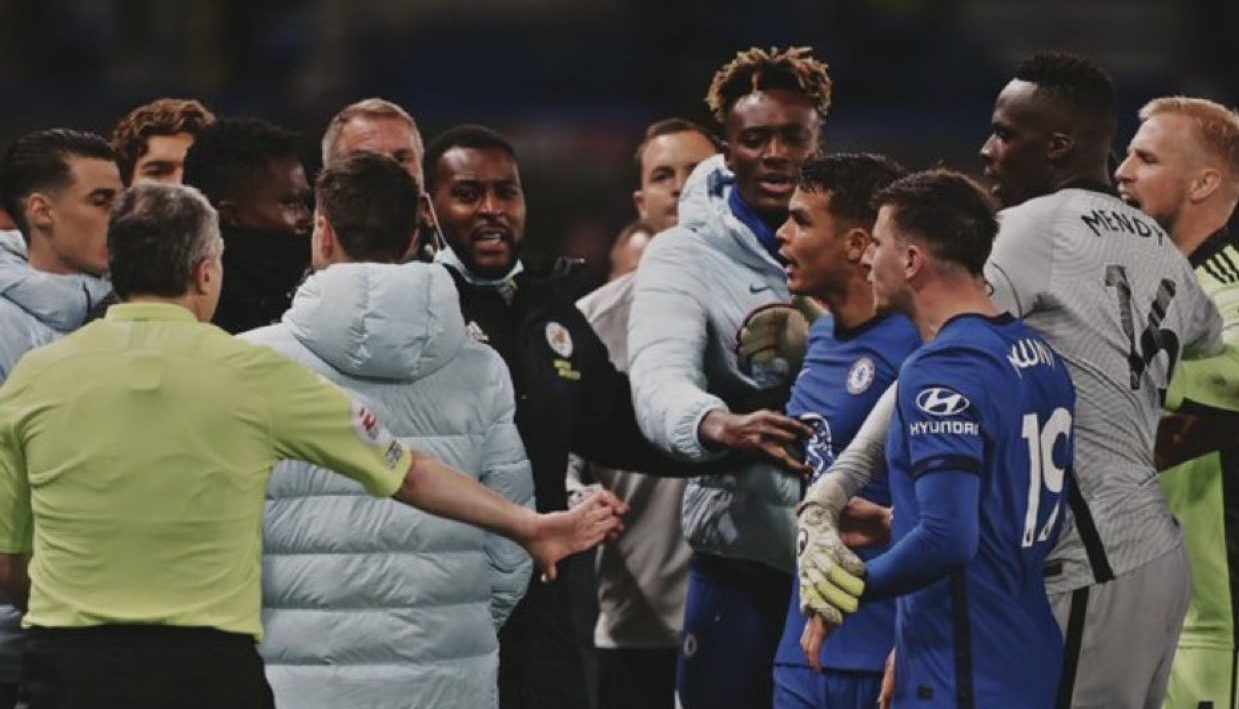 Chelsea players who were upset by Leicester defender, Daniel Amartey’s apparent show of disrespect, after he threw away Chelsea’s pennant on Saturday, took advantage of a melee to confront the Ghanaian.

Thiago Silva, who appeared to be the first to pick out Amartey shoved him aside for his FA Cup celebratory shenanigans, while his teammates, Mason Mount and Caesar Azpilicueta also joined in.

Somehow, Daniel Amartey was the only player to receive a yellow card in that fracas, despite not playing a single minute in the game.

She also posted a video on Instagram in which she said “We hate Tottenham,” referencing the Blues’ rivalry with North London club, Tottenham Hotspur, which, though not relevant to the match, would have been appreciated anyway by Blues fans.

Chelsea’s 2-1 win over Leicester saw them overtake the Foxes to go third with their opponents now praying for Liverpool to drop points in their last two games.

Take a look at the tweet by Belle, the video she posted on Instagram and a video of the incident below:

Proper Chelsea through and through pic.twitter.com/HYjolQfDB6