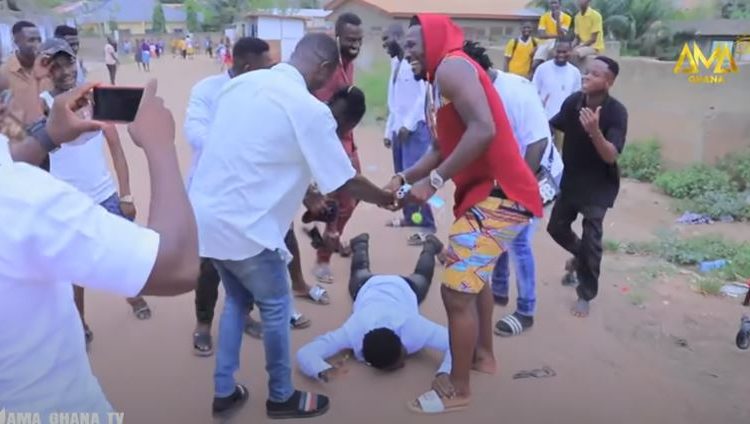 This was the collaboration Ghanaians didn’t know they wanted.

When a picture of former Black Stars captain, Asamoah Gyan with popular comic skit creator, Ras Nene, known widely as Dr Likee, hit the internet in April, fans went crazy wondering what the pair might have cooked up.

It’s taken a month but we finally know how the pair hooked up and it’s sent social media into a frenzy.

Gyan dropped in on the entire crew including Dr Likee, sparking several minutes of incoherence as they all screamed in excitement while Ghana’s all-time top goalscorer stepped out of his Rolls Royce.

Baby Jet, clearly a fan of Akabenezer’s videos, a few of which feature the comedian dressing up and mimicking the star himself, was then treated to a brief hilarious skit.

Ras Nene’s Asamoah Gyan videos as some of his most popular and this encounter was the icing on the cake.