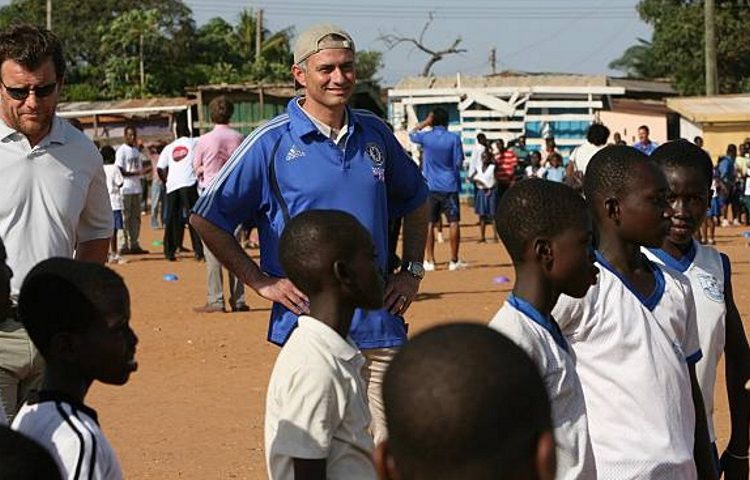 It appears that Jose Mourinho did not only have a strong affection for Ghanaian midfielder, Michael Essien but also the country as a whole as well.

Essien played under Mourinho at Chelsea for about three years before rejoining the Portuguese manager at Real Madrid in the 2012/13 season, on loan from the Blues. 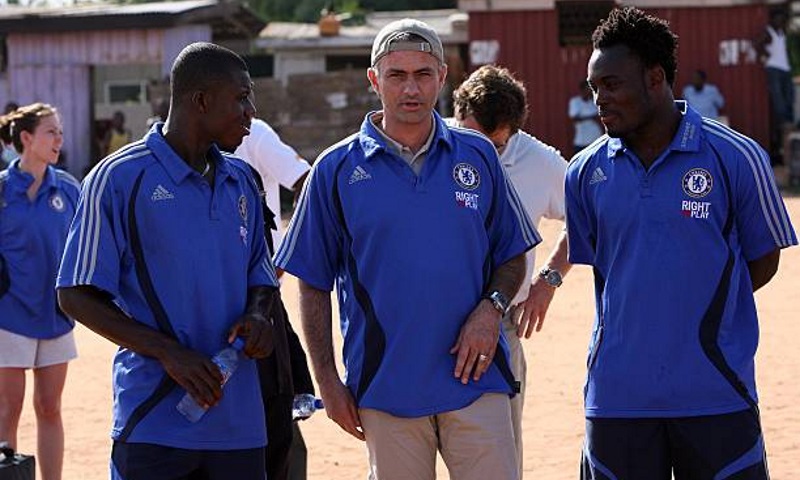 The Ghanaian has constantly spoken of his fondness for Mourinho, even referring to him as “daddy” multiple times, to the amusement of many.

On Thursday, Essien reminisced the “good old days” with his former gaffer, whom he brought to Ghana for a charity event, by posting a photo of the pair sharing a laugh while in the country, on Instagram. 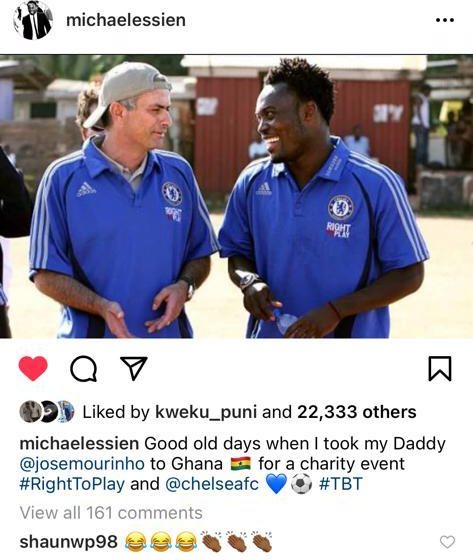 Pleasantly enough, Mourinho replied to the post, stating that he will “always remember” the trip, describing it as “an incredible experience” 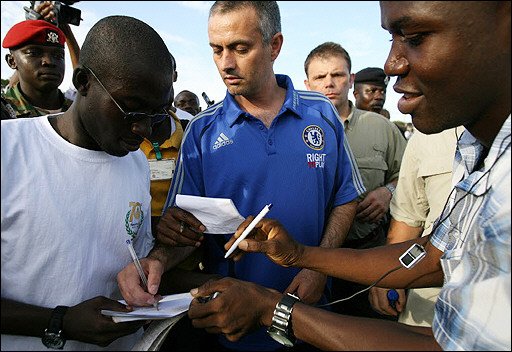 He ended with a heart emoji before the word ‘Ghana’, noting his love for the country.

Mourinho has visited Ghana at least two more times since then; his second trip was during the 2008 African Cup of Nations tournament hosted in the West African country.

The pair won a Premier League title, an FA Cup trophy and the League Cup in their time together at Chelsea.

“I had to leave”: Imoro Ibrahim opens up on botched move to Hapoel Tel Aviv

"I had to leave": Imoro Ibrahim opens up on botched move to Hapoel Tel Aviv