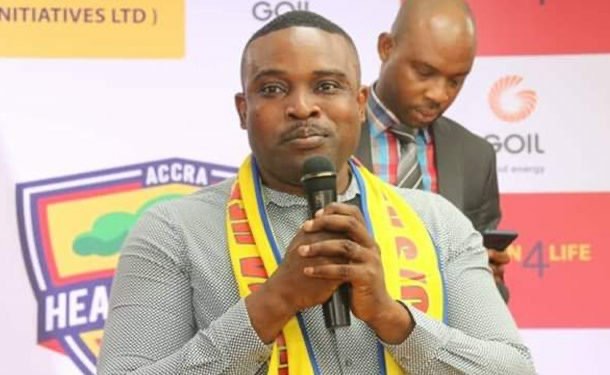 Hearts of Oak Chapters Chairman, Elvis Herman Hesse, has called on officials of Ghana Premier Clubs to desist from inciting fans against referees.

Asante Kotoko Accra PRO, Seth Nii Darko, made some comments on Monday alluding to referees colluding to hand Hearts of Oak what he deemed undeserving points after the Phobians controversial 2-0 win over Elmina Sharks on matchday 26.

Speaking on Citi TV’s Football Made in Ghana, Herman Hesse said such comments should be condemned especially with the recent incidents of hooliganism that have gripped the local league.

“Nii Darko’s comments need to be condemned. Statements like that are very dangerous,” he said.

”The utterances of leaders are easily believed by the fans, so we must be mindful of what we say in the name of agenda.

“Very soon, Hearts will face Kotoko, and we don’t want a repeat of May 9.”

Hearts travel to Techiman to face Eleven Wonders in their next Ghana Premier League assignment.