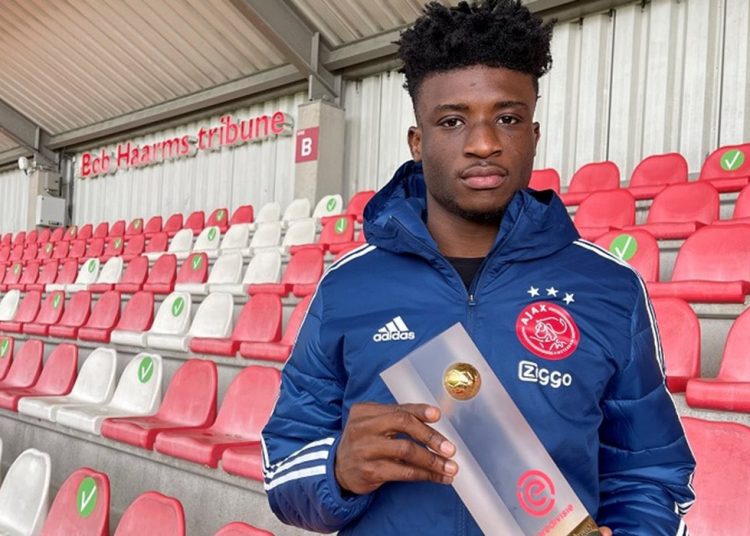 Ghana international, Mohammed Kudus has been named the U-21 player of the month for May after an impressive run of form in the Dutch Eredivisie with Ajax Amsterdam.

The 20-year-old had a blistering end to the season, playing in all four games in May and scoring 2 goals in the process.

Kudus netted two times in May and contributed two assists, winning the Man of the Match award against Vitesse on the final day.

The Right to Dream Academy graduate joined the Dutch giants in the summer from FC Nordsjaelland and claimed his first double, winning the Eredivisie and the KNVB Beker, the domestic cup in the Netherlands.

After an injury setback, Kudus had a bump in his journey, being limited to a fewer number of games, however, he was finally given his time to shine.

The skilful midfielder came back stronger to end his first season in Dutch football on a high note. He played 17 Eredivisie games, scoring four times and creating three goals.

Kudus has been named in Coach CK Akonnor’s squad for Ghana’s international friendlies against the Ivory Coast and Morocco.