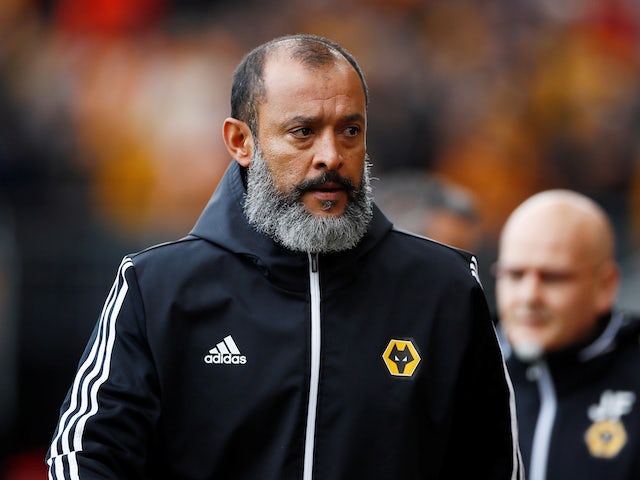 Portuguese manager Nuno Espirito Santo will leave Wolves at the end of the season by mutual agreement.

The former goalkeeper left Porto to take charge in 2017 and Wolves won the Championship title in his first season.

After finishing seventh in the Premier League in the last two seasons, the 47-year-old signed a three-year contract extension last September to 2023.

Wolves are 12th heading into the final game of the season at home to Manchester United on Sunday.

“Since the first day we arrived at Compton [training ground], our ambition was to make a positive change and push this football club forward,” said Nuno.

“I am proud to say that we did that every single day. We achieved our goals, we did it with passion and we did it together.”

“Sunday will be a very emotional day but I am so happy that the fans will be back in Molineux and we can share one last special moment together, as one pack.”

Jeff Shi, the club’s chairman, said: “Nuno has brought us some incredibly special moments at Wolves that will never be forgotten but every chapter comes to an end.

“His loyalty and dedication over the last four years has been immeasurable and we cannot thank him enough for the progress he has made for Wolves.

“Sunday was already going to be a very special day, welcoming our supporters back for the first time in more than a year, but it will also now be a fitting goodbye for someone who will forever remain an important part of Wolves history.”

After four seasons at the club, this Sunday will be Nuno Espirito Santo’s final game in charge of Wolves.