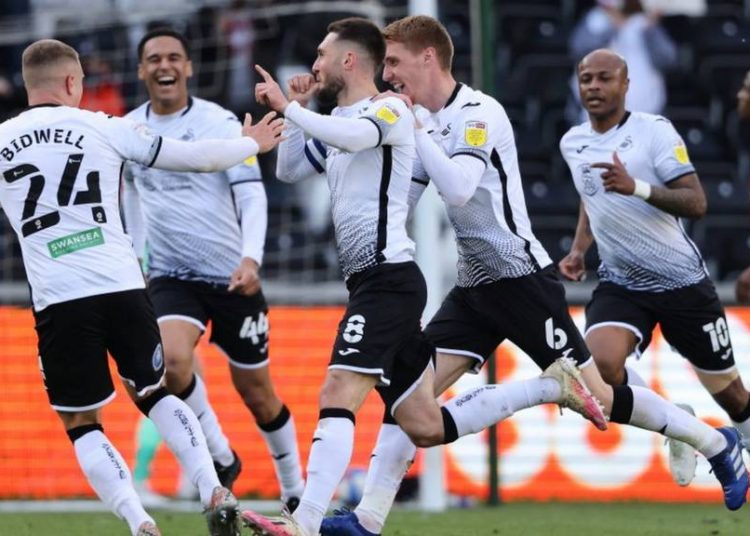 Black Stars Captain, Andre Ayew’s Swansea City will take on Brentford for a place in the Premier League after a tense 1-1 draw with Barnsley gave the Swans a 2-1 aggregate victory in the Championship play-off semi-final.

Leading by a goal kind courtesy of Ayew from the first leg, Matt Grimes set the Swans on their way at the Liberty Stadium with a wonderful strike late in the first half, while Cauley Woodrow’s late goal led to a nervy finish and an eventual 1-1 draw in the second leg.

Steve Cooper’s side are one step closer to a return to the Premier League after three years away.

They face Brentford, the side that knocked them out of the play-off semi-finals last season – on Saturday, May 29.

Ayew’s Ghana teammate, Tariq Fosu, came off the bench for Brentford in their win over Bournemouth on Friday.