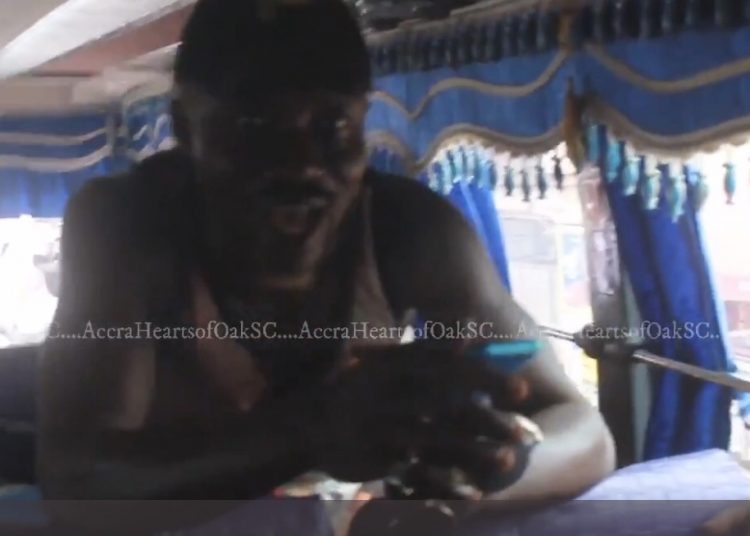 Hearts of Oak legend, Bernard Don Bortey, led a powerful ‘jama’ session with the rest of the Phobian squad, to celebrate their win against Techiman Eleven Wonders in the Ghana Premier League.

Hearts went top of the league, after Kojo Obeng Jnr’s first half strike was enough to hand all three points to the Phobians in a 1-0 win in Techiman.

Don Bortey, who won four Ghana Premier League titles, the 2002 league goal-king award and the Caf Confederation Cup, all with Hearts of Oak, joined the team bus to celebrate with the team after the win in Techiman.

Samuel Boadu’s side will next face Berekum Chelsea at the Accra Sports Stadium, in their next league assignment.