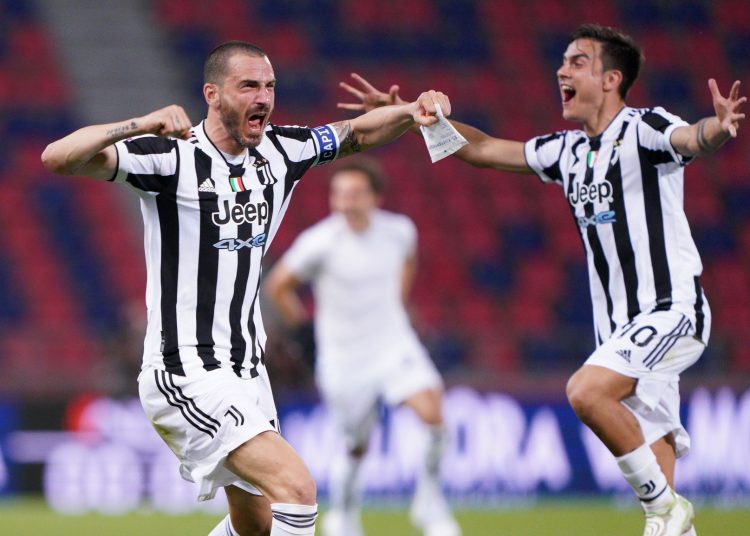 Juventus were on the verge of missing out on Champions League football next season, as they headed into the final weekend of the just-ended campaign needing the teams above them to drop points.

Fortunately for them, that’s exactly what happened as Napoli dropped points against Verona, meaning Juve’s emphatic win at Bologna took them into fourth place.

This sparked celebrations from Juventus’ players and staff who sprinted around the pitch and embraced each other with joy, after the result of Napoli’s match was confirmed.

However, it wasn’t plain sailing for Juve, as Napoli took the lead against Verona in the 60th minute.

This upset the Juve players on the bench, including Cristiano Ronaldo, who were keeping an eye on Napoli’s game.

📹| #Ronaldo at the 1-0 for Napolipic.twitter.com/kTYRtKIHlz

The tension on that Juve bench 😩 pic.twitter.com/H8zyMyoIRo

Of course the celebrations after their place in next year’s UCL was confirmed were massive with manager Andrea Pirlo at the heart of them.

The Old Lady has lady luck on her side tonight 🎉

Juventus have made the Champions League! pic.twitter.com/zY6chmprXX