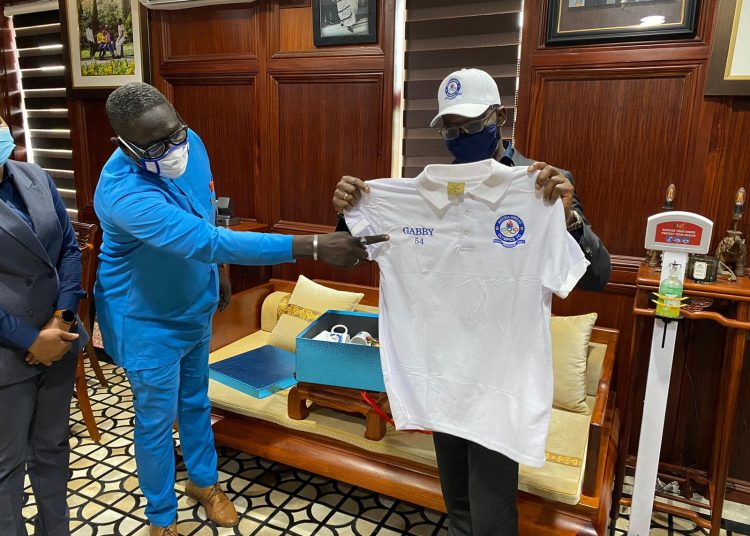 The switch was confirmed at his office Tuesday morning when a delegation from Great Olympics, led by Public Relations Officer Saint Osei and famous supporter of the club and lawyer, Naa Odofoley Nortey, presented a customized Dade gear to the legal luminary.

The carpet-crossing will come as a slap in the face of Hearts of Oak, who only just went top of the Ghana Premier League table for the first time in five years with talk of an elusive 21st league title arriving at the end of the season.

Oly Dade on the other hand, will see this as an unflinching endorsement of their prestigious pedigree of being the ‘true landlords of Accra’.

Olympics are two-time winners of the Ghana Premier League title, with their last glory in the competition coming in 1974.