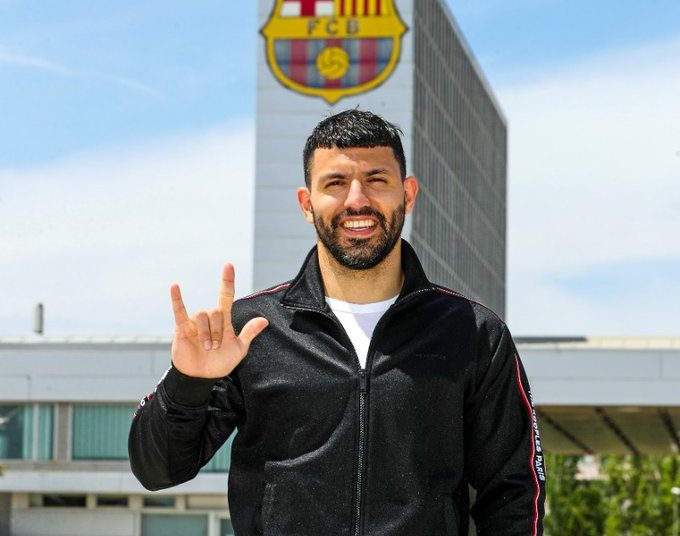 Barcelona have confirmed the signing of former Manchester City striker, Sergio Aguero, on a free transfer.

Aguero signs for the Catalan club on a two-year deal, following the expiration of his contract with Man City.

The Argentine left City as their highest-ever goalscorer, winning five Premier League titles, one FA Cup and six League Cups while in Manchester.

He scored 260 goals in 390 games at Man City, and is currently the fourth-highest goalscorer in the history of the Premier League. 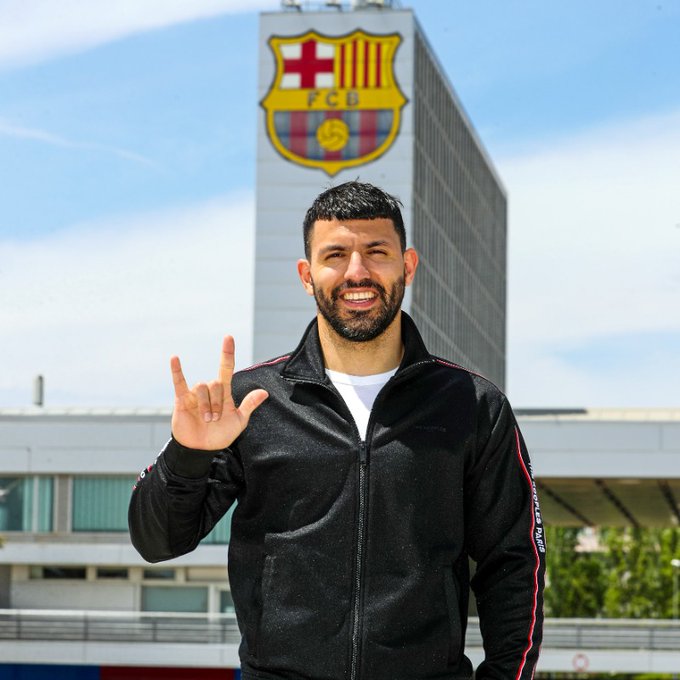 He also became the player with the most goals for a single Premier League club after his brace on the final day of the season against Everton.

Aguero was a second-half substitute in Man City’s 1-0 UEFA Champions League final loss to Chelsea on Saturday, his final game for Pep Guardiola’s side.

He played a minor role in City’s most recent title-winning season, making just six appearances but his contribution to City’s first top-flight title back in 2012 will live long in the memory.

His last-minute winner against QPR won the title for City on goal difference, on the final day of the season.

Aside from being one of the world’s most prolific goalscorers, Aguero is also a very close friend of Lionel Messi.

With Messi’s contract expiring, it is believed that Barcelona hope that signing Aguero will help convince him to stay at the club.