End of the Road? Andre Ayew appears to bid farewell to Swansea 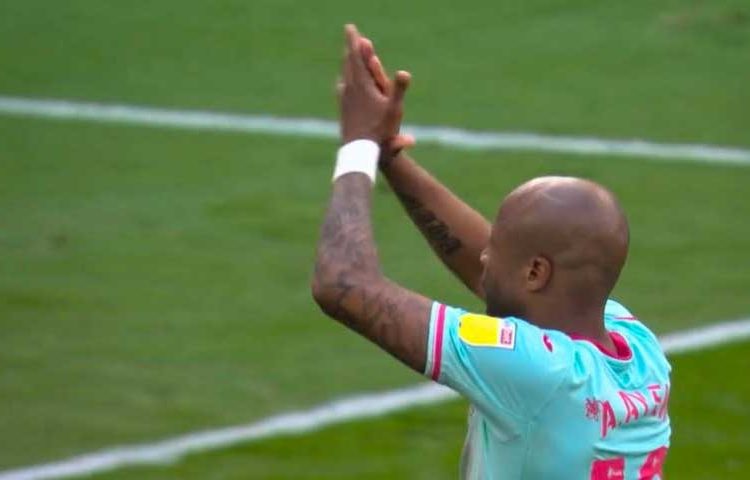 Andre Ayew was unable to produce the moment of magic Swansea City required as they were beaten by Brentford in the Championship play-off final on Saturday.

The Swans endured a disastrous start at Wembley and went 2-0 down thanks to first-half goals from Ivan Toney and Emiliano Marcondes.

Steve Cooper’s men pushed in the second half but ultimately left themselves with too much to do – particularly after Jay Fulton was dismissed for a foul on Mathias Jensen.

Immediately after the game, the Swansea players showed their appreciation to the 5,000 members of the Jack Army in attendance.

Ayew cut a dejected figure as fans chanted his name – with the Ghana international responding by applauding the Swansea faithful.

He then embraced Wayne Routledge – who missed the game due to injury – in what were emotional scenes in the English capital.

However, his contract expires this summer (June 30), meaning it appears likely that the 31-year-old has played his final game for the Swans.