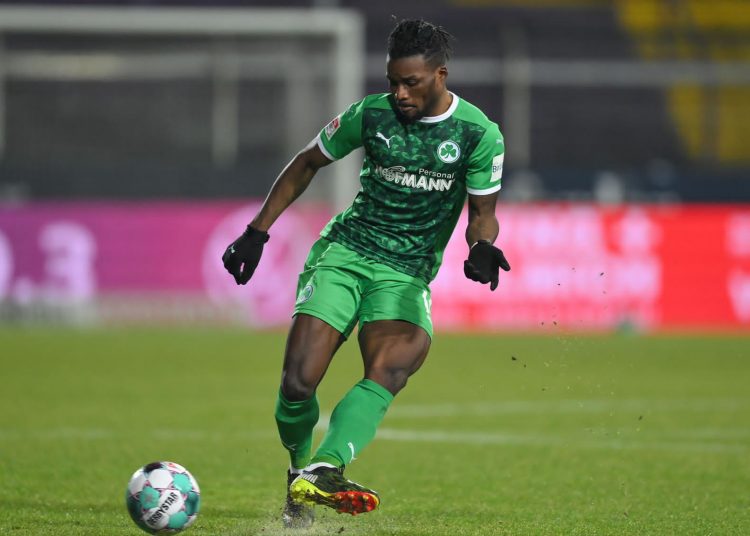 Ghana and Greuther Furth midfielder Hans Nunoo Sarpei has confirmed to Citi Sports that he will be playing his football with the newly promoted side next season.

The 22 year old played a pivotal role in helping his team earn promotion to the Bundesliga racking up 28 appearances.

He expressed his satisfaction at helping the team achieve promotion and wants to enjoy the fruits of his labour.

According to him, he is focused on helping Greuther Furth do well in the Bundesliga.

“My ambition is to play in the Bundesliga.

“To cut a long story short I am staying in Furth.

“I am staying with my team to go and enjoy the Bundesliga,” he revealed on The Tracker on Citi Tv.

He has spent 3 years with the club and has become an integral part of the Furth setup.

Greuther Furth earned their promotion to the Bundesliga after finishing second in the Bundesliga 2 with 64 points behind eventual league winners Bochum.