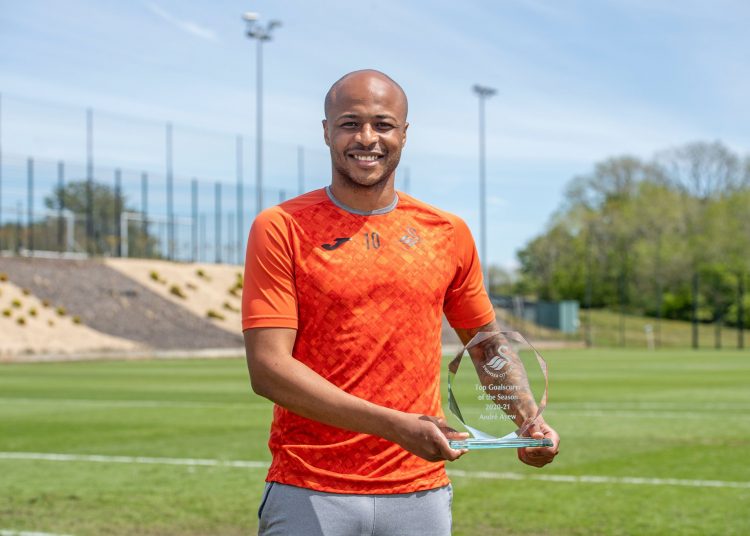 The forward played a crucial role in Swansea’s campaign, which ended in heartbreak after defeat in the EFL Championship playoff final against Brentford.

Ayew scored 17 goals, more than any other Swansea player, to finish as the club’s top scorer for the second straight season.

The forward’s future at the club is in doubt, after the Playoff final heartbreak, with clubs in France and Italy interested in his services.