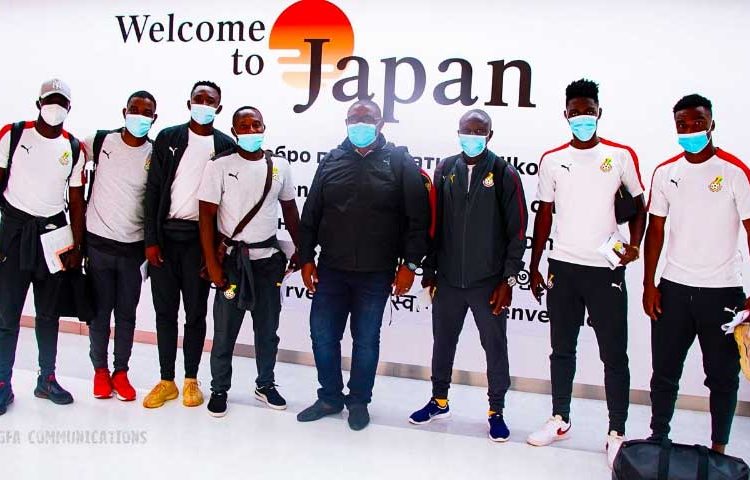 A player from Ghana’s U-23 team, the Black Meteors, has tested positive for Coronavirus after the team arrived in Japan for friendly matches against the host nation, according to the Japan Football Association.

The said player, whose identity has not been disclosed, has been isolated from the squad and technical team who are themselves isolated at a designated facility, the JFA said in a statement.

This comes two days after Japan cancelled a friendly match against Jamaica, after ten of the visiting team’s players were unable to fly to the country due to issues with testing for Covid-19.

Japan is currently battling a fourth wave of the virus, 50 days before the start of the 2020 Tokyo Olympic Games with Tokyo and other regions under a state of emergency until June 20.

Ghana’s team arrived late on Wednesday for the friendly against Japan’s U-24 team in the southern city of Fukuoka.

Following the development, team Ghana would need health clearance before the match can go ahead as planned on Saturday, according to the Japan Football Association, adding that it would provide an update when more information was available.

Ghana had left their destination with proof of negative COVID-19 tests within 72 hours of their departure as mandated, the JFA said.

The Black Meteors are expected to take on Japan in two friendly matches scheduled for June 4 and 8 in Tokyo before travelling to South Korea to play on June 12 and 15, 2021.

Japan and South Korea will use the two games to test their readiness for the Olympic Games.

The Black Meteors failed to qualify for the Olympic Games but will use the games to prepare for the next African Games scheduled for Accra in 2023.