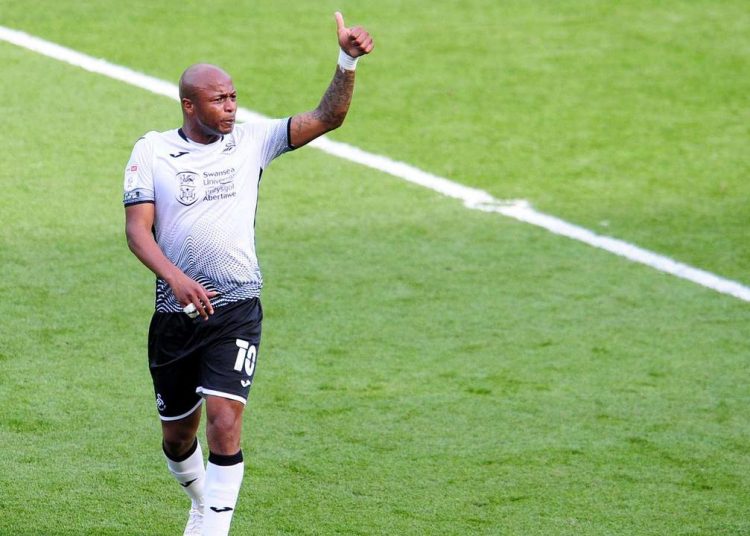 Fans of Swansea City would have been expecting this moment but dreading it all the same.

The club, on Friday, announced the departure of Black Stars captain, Andre Ayew, after a second-consecutive failed bid to return to the Premier League.

Swansea’s loss in the playoffs final against Brentford last Saturday meant they would have to spend at least another season in the Championship.

This meant that the club could effectively not afford to keep Ayew on his current wages, reported to be around 80,000 pounds a week.

There’s been a mixed reaction from fans to the news that Ayew has been let go, with many acknowledging the impact he has had with the team in his time there.

Others were shocked that the club didn’t do everything to keep their talisman for at least one more season.

A few, however, understood that keeping Andre on his current wages was not sustainable.

Here are some reactions below:

Thank you @AyewAndre you will be missed 😭💔

Sad. Good Luck Andre and thanks for everything.

My heart cannot take this 😭😭 Thankyou for everything @AyewAndre, devastated 💔 pic.twitter.com/3OEqiAv0f0

How is not offering him a deal a ‘lack of ambition.’ We can’t afford him and need to be financially sustainable. He’s been a great servant for us but we have to rebuild and use his money elsewhere on new lads

The consequence of paying a championship player 80k a week https://t.co/1tFsxCRGcg

Ayew on a free will be massive for someone tbf https://t.co/u0TCFyvZJf

They are fucked without ayew🤣, he’s carried them for a while 🤣🤣🤣 https://t.co/kiq96GKjYy

Paying Ayew 80k a week and then he leaves for free😂😂😂 https://t.co/ffcF8hRHhy

we couldn’t afford his wages, he was on 80k a week