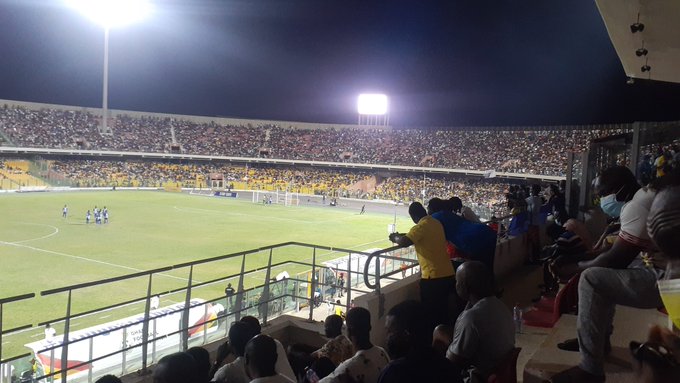 The National Sports Authority have confirmed that damage has been done to some facilities at the Accra Sports stadium after aggressive fans broke into the ground following a league match between Great Olympic and Hearts of Oak.

The supporters overpowered security momentarily at the gate and besieged the grounds before order was eventually restored.

According to the NSA, the attempt by security personnel to uphold government’s directive of allowing only 25 percent of fans into a ground did not sit well with supporters.

“What we saw yesterday was an issue with fans coming in their numbers through unauthorized means.

“We realized they broke two of our main gates, one near the score board and one near the Independence square.

“But for the timely intervention of the military it would have been something else.

“We could not admit more than the stated amount but we had lots of fans out there who used instruments like concrete blocks to break the gates,” he told Citi Sports in an interview.

The National Sports Authority is still conducting its investigations into the incident to ascertain the full extent of damage done.