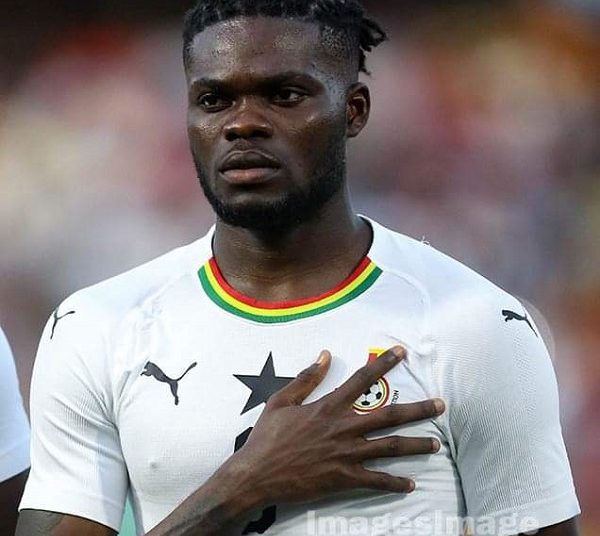 The Ghana Football Association has released a statement clarifying the absence of Black Stars vice captain Thomas Partey as well as Tarique Fosu and others ahead of Ghana’s friendly game against Morocco on Tuesday night.

Reports emerged on Monday morning that Partey had been sacked from the team’s camp for arriving late after he failed to travel with the squad to Morocco.

But the GFA has now released a statement stating that the Arsenal midfielder had been given permission to stay away from the team for the Morocco game and asked to rejoin the team for next Saturday’s friendly against Cote d’Ivoire.

See the full statement below:

Updated information on Thomas Partey, Kamaldeen Suleyman, Tariqe Fosu-Henry and others ahead of our friendly matches against Morocco and Ivory Coast.

Thomas travelled to Cape Coast on Thursday to meet Coach Charles Akonnor over some personal issues. After the meeting which lasted for about an hour, the Coach excused him from the trip to Morocco – and asked him to report to camp for the second game against Ivory Coast. As the 1st Deputy Captain of the Black Stars, Thomas later joined his colleagues in training to show solidarity and support before leaving for Accra. The Arsenal midfielder will therefore team up with the rest of the squad on Thursday when the team returns from Morocco.

Tariqe reported to camp Friday evening, after the sides training session in Cape Coast. Coach Akonnor engaged him briefly and told him that reporting late has scuppered his chances of travelling with the team to Morocco. The Brentford winger will also join the team on Thursday for the game against Ivory Coast.

The trio gave varied reasons that clearly confirm that they are not ready for the games. They therefore turned down the invitation.

Frank is bereaved. He laid his late mother to eternal glory over the weekend and couldn’t make time to join the team for the matches. But the China based winger was at the Airport to see the team off as a sign of support.

Wakaso couldn’t make the trip due to COVID-19 complications. He would be required to undergo mandatory 14-day quarantine upon his return from Accra – hence the decision to leave him out of the squad for now.

Groin injury. He sustained a groin injury during his club’s (Orlando Pirates) CAF Confederation Cup game against ES Setif in March this year. The lanky goalkeeper is now recovering from the setback.

Aside the aforementioned developments, the team has safely arrived in Rabat for Tuesday’s game against Morocco. Twenty five (25) players including captain Andre Ayew made the trip to the North African country.

The game is scheduled for 20:00GMT kick off at the FAR Sportive stadium in Rabat.