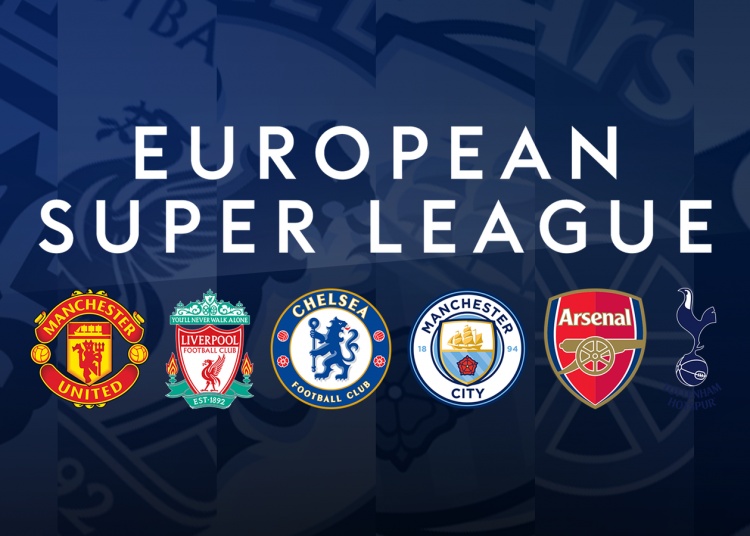 The six English clubs which secretly agreed to play in a European Super League (ESL) will pay just over £20m to draw a line under their ensuing row with the Premier League.

Sky News has learnt that the figure – which equates to an average of around £3.5m per club – will be announced by English football’s top flight on Wednesday afternoon.

Sources close to the agreement said that it also included the prospect of swingeing penalties for any similar transgression by Arsenal, Chelsea, Liverpool, Manchester City, Manchester United or Tottenham in future.

Any of those clubs which signed up to a similar project would be liable to a penalty of more than £20m and a 30-point Premier League deduction, according to one source.

The Premier League-imposed fines are comparable to those imposed by UEFA, which announced a package of “reintegration measures” for the nine clubs who agreed to pull out of the ESL during a torrid 48-hour period at the end of April.

Including AC Milan, Inter Milan and Atletico Madrid, the ‘Big Six’ agreed to pay a collective €15m (£12.9m) to be invested in children’s, youth and grassroots football, with five per cent of their revenues from UEFA club competitions being withheld for one season.

They also agreed to far larger future fines – totalling €150m (£129m) – if they breached commitments in UEFA’s Club Commitments Declaration, or signed up to any similar breakaway format.

Arsenal and Man Utd will receive relatively modest European income this season because of their failure to qualify for the Champions League.

UEFA has yet to say which season the five per cent revenue penalty will apply to.

Unlike the UEFA fines, however, the Premier League penalties will be a straight cash sum rather than a percentage of next season’s broadcast income – an option that was also discussed in recent weeks.

The eventual settlement is substantially smaller than an initial proposal made by the Premier League last month, which comprised a £15m fine per club and a substantial – albeit suspended – points deduction.

However, Premier League directors are said to have decided that drawing a line under the European Super League project was a priority ahead of the league’s annual conference – attended by all 20 clubs – beginning on Thursday.

It was unclear on Wednesday whether all six rebel clubs would pay equal sums. They rapidly abandoned the ESL project amid a huge backlash from rivals, fans and politicians.

Only Barcelona, Juventus and Real Madrid have yet to formally withdraw from the ESL – raising the prospect of them being banned from next season’s Champions League.

The Premier League announced last month that it had reached agreement with broadcast partners, including Sky, to renew its existing £4.7bn television rights deal for a further three years.

In an attempt to prevent future breakaway bids, the Premier League has announced the creation of an ‘Owners’ Charter’, which it said had the Football Association’s backing.

It added recently that the six clubs’ participation in the ESL “had challenged the foundations and resolve of English football”.

The government is likely to welcome the move to punish the six, although it is unclear whether the financial penalties imposed on them will simply be redistributed among the other 14 top-flight clubs.

Confirmation of the ESL’s existence, which came six months after Sky News revealed key details of the project, sparked unprecedented protests against the owners of many of the participating English clubs.

Arsenal has since received an unsolicited takeover bid from the Spotify billionaire Daniel Ek, while Manchester United’s largest shareholders, the Glazer family, said they would allow fans to buy shares in the club.

Executives from the six clubs have been removed from several Premier League sub-committees – a move that could be reversed following the agreement of a financial settlement.

A fan-led review of football governance has been commissioned by the government under the leadership of Tracey Crouch, the former sports minister.

Its panellists will include the chief executives of Everton and the Football Supporters’ Association.