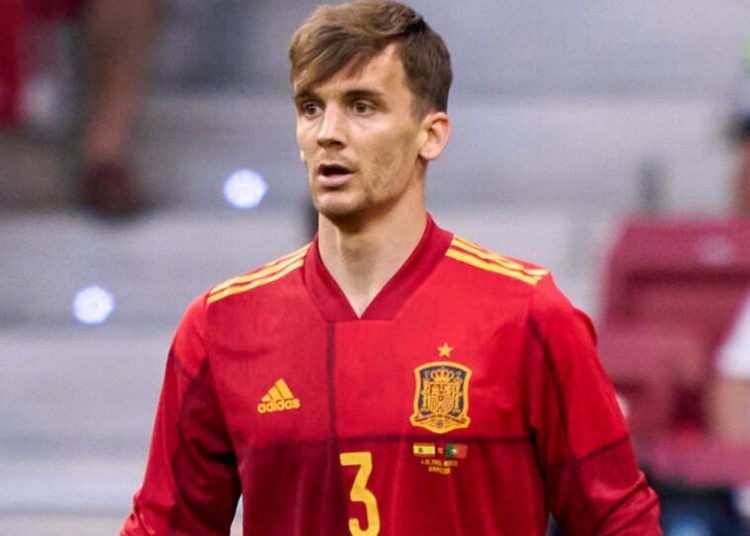 Diego Llorente has become the second Spain player to test positive for Covid ahead of Euro 2020.

The Spanish FA (RFEF) said Llorente returned a positive test on Tuesday and was put into isolation, two days after captain Sergio Busquets had to leave the team’s training camp after also contracting the virus.

No other player had tested positive, the RFEF said.

Llorente’s positive result was made public not long after Spain’s U21 squad beat Lithuania 4-0 on Tuesday in Madrid. The match was supposed to be played by the senior team as its final warm-up before the team’s opening Euro 2020 match against Sweden on Monday in Seville.

The RFEF did not say whether Busquets or Llorente would be cut from the squad. However, coach Luis Enrique called up six players earlier this week to practice separately at the team’s training camp as part of a ‘parallel’ squad, and on Wednesday he added 11 players from the U21s to that group.

The 17 back-up players will train under Enrique on Wednesday morning. Enrique has until Saturday to make changes to his initial list in case of injuries or Covid cases.

Players who test positive must stay in isolation for at least 10 days, meaning both Busquets and Llorente will miss the opener against Sweden. It would also be unlikely they would be fit for Spain’s second match against Poland on June 19.

The team’s final Group E match will be against Slovakia on June 23, also in Seville.

Spain’s sports minister Jose Manuel Rodriguez Uribes said on Tuesday the squad will get a Covid vaccine on Wednesday, telling radio station Cadena Ser: “We are making an exception because they represent us in a top-level competition.”

There has been some criticism for the delay in getting players vaccinated, contrary to what happened to the Spanish athletes competing at the Tokyo Olympics.

On the other hand, there has also been criticism for allowing the players to be vaccinated before other Spaniards who were in line for the coronavirus vaccine.

The Euros begin on Friday when Italy host Turkey in Rome.

There are positives to take from Morocco defeat – Akonnor