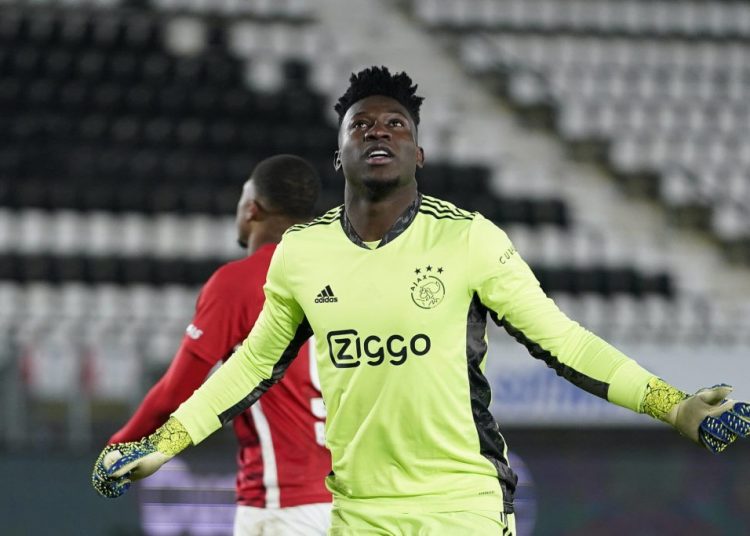 Ajax and Cameroon goalkeeper Andre Onana’s ban for a doping violation has been reduced to nine months by the Court of Arbitration for Sport (CAS).

The 25-year-old was originally suspended in February for 12 months by Uefa, European football’s governing body.

Onana was found to have the banned substance furosemide in his urine after an ‘out of competition’ check on 30 October last year.

He explained after that he had accidentally taken a pill containing the substance after mistaking his wife’s medicine for aspirin, and had asked for the ban to be overturned rather than reduced.

“The CAS panel… found that no ‘significant fault’ could be attributed to Andre Onana, who had ingested medication destined for another person in error,” the court said in a statement.

“On that basis, the panel considered that a nine-month ban was proportionate to the negligence committed and reduced the suspension by three months, but could not accept the goalkeeper’s request for the removal of the suspension entirely.”

The CAS decision means the ban will now end on 4 November so he will miss the start of the season for Dutch champions Ajax but will be available for Cameroon when they host the Africa Cup of Nations in January.

He will also miss the Indomitable Lions opening four matches of group qualifying for the 2022 World Cup – in September, against Malawi and Ivory Coast, and October, when they play back-to-back games against Mozambique.

While he will not be allowed to play nationally or internationally until 4 November, he can resume training two months before the end of the suspension, on 4 September.

His case was heard and on 2 June and Ajax’s managing director Edwin van der Sar said the appeal was worth it.

“With this ruling from the CAS, we have an extra three months [with Onana available] compared to the original suspension,” he told the Ajax website.

“So the step to the CAS was not in vain. We stand for a clean sport. But I repeat that we are convinced that Andre took this drug accidentally and certainly not to perform better.

“Last week when we told Andre and the lawyers our story at CAS, I drove away with a good feeling. I have mixed feelings about today’s statement, because our goal was for him to be back on track from this summer.”

Is this the origin of Kylian Mbappe's 'beef' with France teammate Olivier Giroud? [VIDEO]