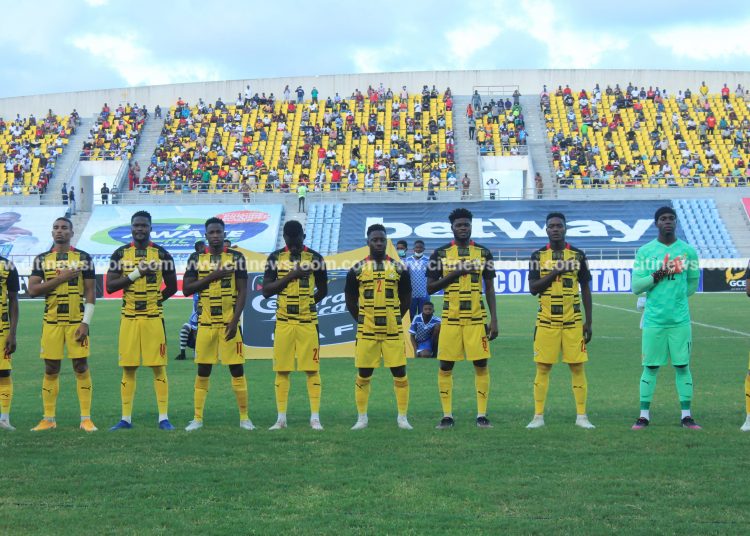 Cape Coast, Saturday 12, 2021 – The blue skies overlooking the surface of the Cape Coast Stadium, the sun attempting to burst through the clouds as Ghanaians waited patiently to see the Black Stars play Ivory Coast, four days after losing against the Atlas Lions of Morocco.

The crowd started building at the Cape Coast Stadium around 9 am.

Tickets were sold for GH₵ 20 for regular and GH₵ 50 for VIP with fans anticipating a masterclass against La Côte d’Ivoire. It ultimately ended in a 0-0 stalemate, an awful lot short of expectation.

Security was good, and COVID-19 safety protocols were also observed with stadium only allowed to take up 25% of its capacity.

There were some lessons from Ghana’s 0-0 draw against La Côte d’Ivoire and the following is a few I picked up:

A championship-winning team is not one that has a great first starting eleven and a rather average bench, but one that has a complete set of players that carry a potential equal or close to that of the first XI.

When you look at the team that played against Morocco and Ivory Coast, it is difficult to even pick players who even start regularly for their first team, not to talk of a bench with names that are relatively new to the team.

Against the Ivory Coast, C.K Akonnor really did start his strongest team, with the likes of Dede Ayew, Thomas Partey and Abdul Baba Rahman returning to the fold. 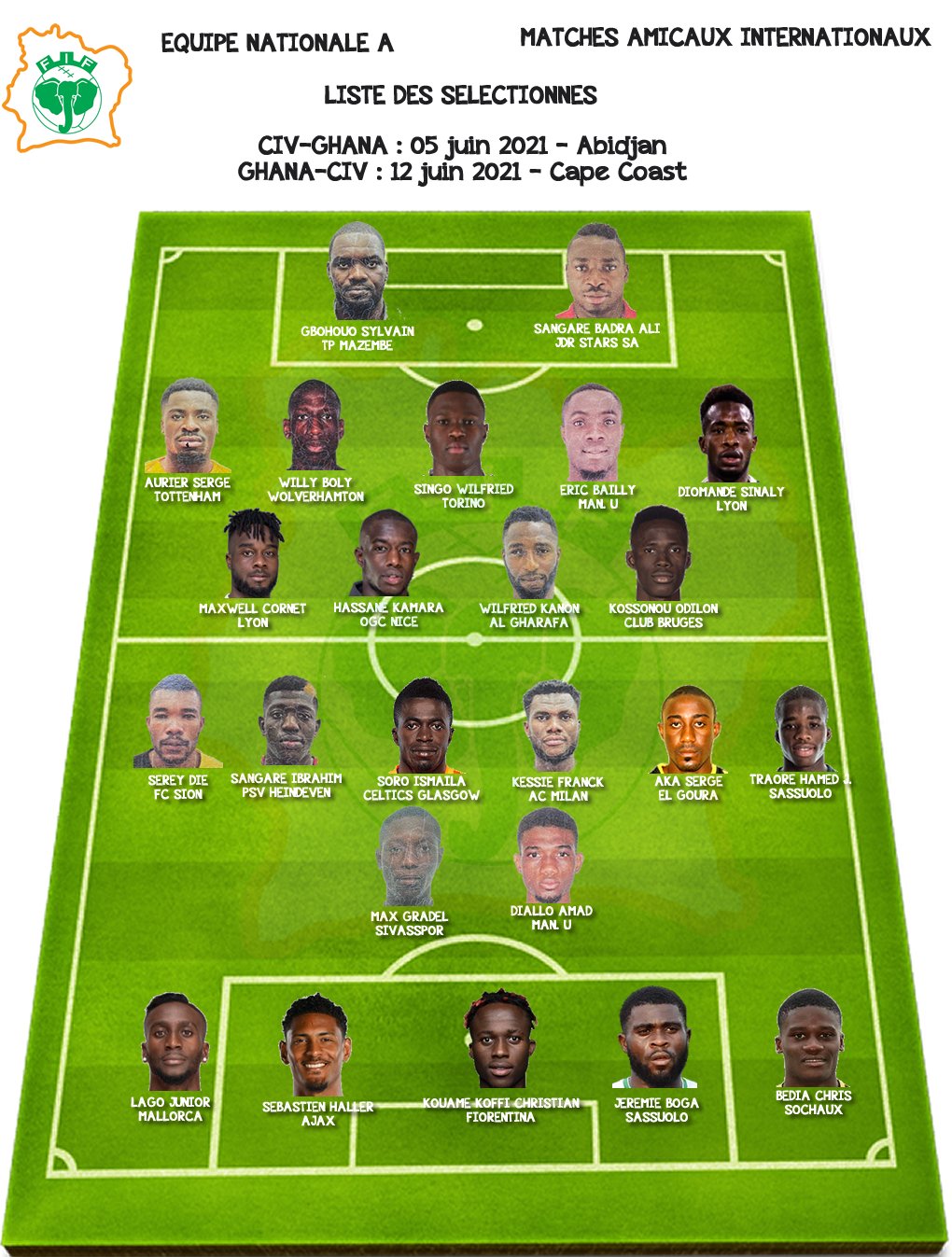 Coach Fabrice Beaumelle’s 24-man squad comprised players who are regular starters for their club sides, except for Sangare Badra Ali and Wilfried Kanon, with a large chunk of the players playing at least 20 games across all competitions in the 2020/2021 season.

The team that played the Black Stars did not even have Nicolas Pepe, Gervinho among other high profile names but still dominated play in Cape Coast.

As a matter of fact, the introduction of Manchester United’s Amad Diallo changed the complexity of the game, providing more sharpness to the attack of the Ivorians.

The three players who came off the bench for Ghana – Kwame Opoku, Ismail Ganiyu, and Joel Fameyeh, on the other hand, did not have the same capacity as their West African neighbours who had Amad Diallo, Hassane Kamara, Max-Alain Gradel, Sinaly Diomandé and Ismaila Soro coming on in the second half.

Until the technical team starts choosing Ghanaian players who start regularly and play major roles in their clubs, I dare say the team will have to wait for another three decades before they can win another continental trophy.

One of the primary reasons Ghana played poorly against La Côte d’Ivoire is that the team was lacking in terms of creativity.

Ghana’s only attacking threat was Ajax’s Mohammed Kudus, who also struggled against the combative Ivorian defence. Jordan Ayew and Dede Ayew slept on the job as they provided little or no threat in the entire game. 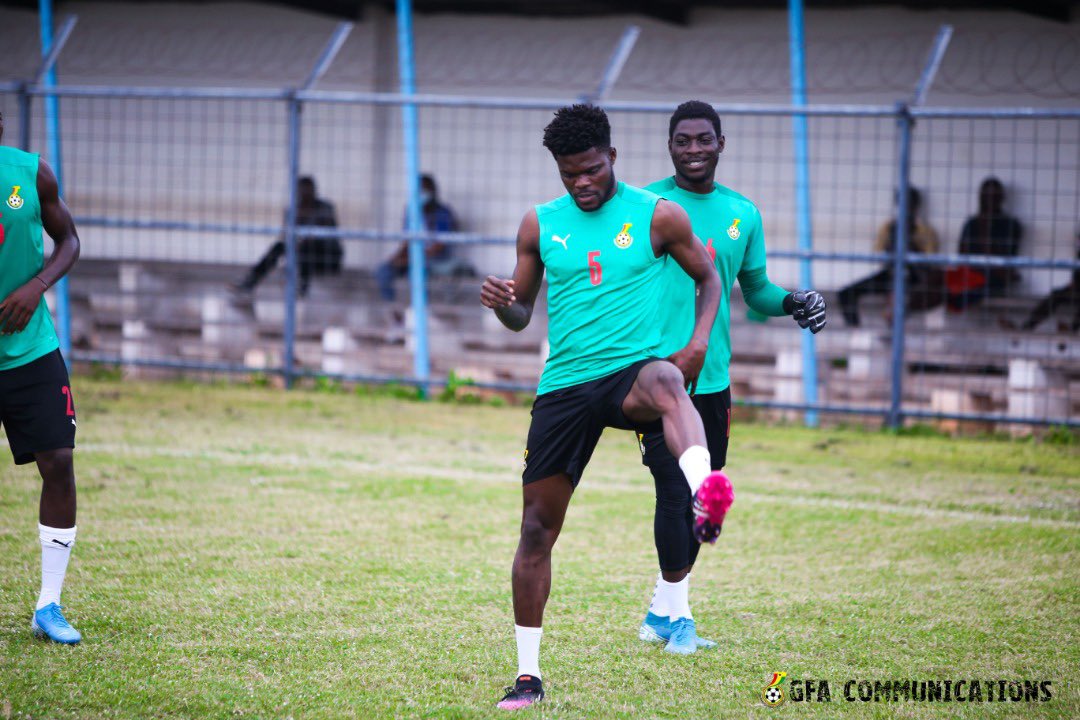 Ghana’s only shot on target was a powerful drive by Thomas Partey who pounced on a loose ball on the edge of the Ivorian.

Ahead of a major tournament like the Africa Cup of Nations, it is important that Charles Akonnor quickly sorts that problem out, by putting in place training drills that will make the players play free-flowing football while staying cautious at the back.

With Richard Ofori out due to injury, it is important the team finds a suitable backup goalkeeper. 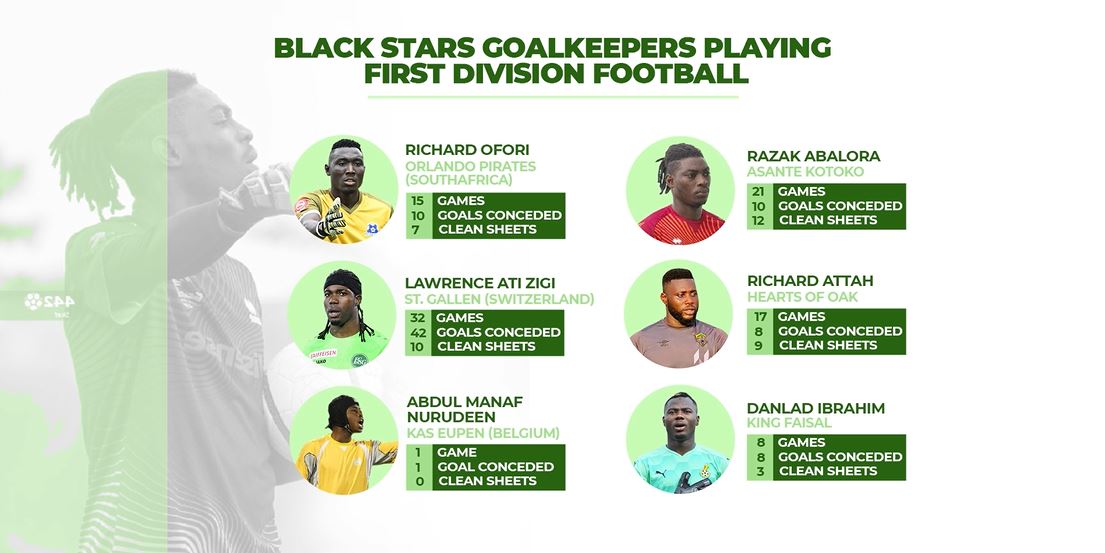 Across the season, a few goalkeepers have distinguished themselves, and it is important that the best three or two are selected to represent the country when call-ups are made.

Per statistics, Abalora might have kept more clean sheets at Kotoko than Lawrence Ati-Zigi, but it is worth highlighting that the back four of the Porcupine Warriors setup is the best in the league, which has shielded the errors of the 26-year-old.

Comparatively, Razak Abalora commits more errors than Ati-Zigi and should we take this to the AFCON, it may cost the team as it did against Morocco in Rabat.

Ghana also has an option in Razak Brimah who has kept 10 clean sheets in 18 games in the Segunda Division B in Spain for Linares Deportivo.

One could argue the inclusion of Richard Attah who has now kept 10 clean sheets in 19 games for Accra Hearts of Oak. 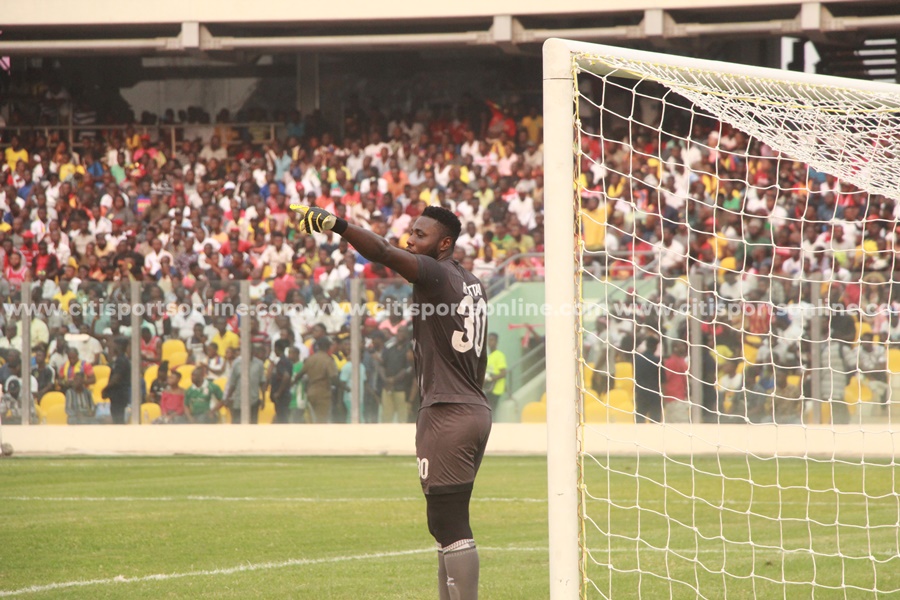 One of the few positives picked up in Ghana’s draw against the Ivory Coast was the return of spectators to the stadium, as many thronged to watch the team play in Cape Coast.

The fans cheered the Black Stars on, but little could the team do to put smiles on the faces of the thousands of spectators that watched the game live.

Despite the disappointing draw, Dede Ayew and Mohammed Kudus went over to salute the roaring crowd at the end of the game. Kudus also stopped to pose for pictures with some physically challenged individuals who watched the game.

Leicester City’s Daniel Amartey returned to the Black Stars team for the first time since 2018 and showed his class at the heart of the back four.

The 26-year-old was solid in the air, did not make irrational tackles and had a strong sense of responsibility, guiding Alexander Djiku at the Cape Coast Stadium.

He was strong and intercepted a couple of key passes that could have hurt the Black Stars. He was an ever-present at the back and gave Ati-Zigi the needed covering.

The Black Stars now will break camp and the rest of the squad will now have time to enjoy their holidays and wait for the start of the 2021/2022 season.

Ghana will also play Ethiopia and South Africa in September as they seek qualification to the 2022 World Cup, to be hosted in Qatar.

EURO 2020: Patrik Schick scores 'Best Goal in the history of the Euros' [VIDEO]