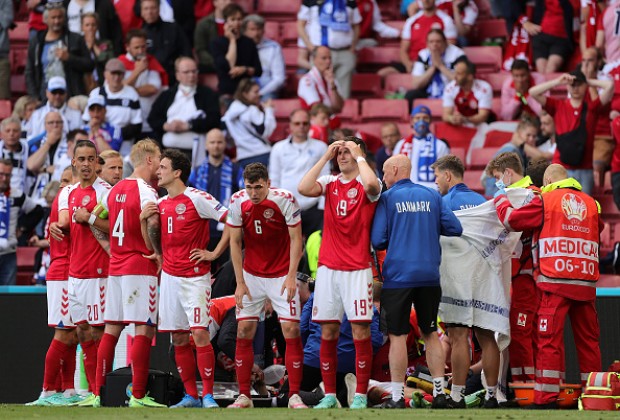 Christian Eriksen’s agent has provided an update on the Denmark midfielder following his shock collapse during his country’s 2020 UEFA European Championship opener on the weekend.

The footballing world came to a standstill on Saturday when the 29-year-old Inter Milan playmaker suffered a cardiac arrest during his nation’s Euro 2020 clash with Finland. After his teammates and fans feared the worst, Eriksen was resuscitated and taken to hospital for further examinations.

A new update has since been given by his agent Martin Schoots, who has revealed that Eriksen is in good spirits despite the horrible ordeal.

“We spoke. He joked, he was in a good mood, I found him well,” he told Gazzetta dello Sport.

“He said, ‘I don’t give up. And I could also train… I want to understand what happened.’

“We all want to understand what happened to him, the doctors are doing thorough exams, it will take time. He was happy, because he has understood how much love he has around him. Messages from all over the world reached him.

“And he was particularly impressed by those of the Inter world: not only the teammates he heard, also the fans. His family are keen to give their thanks to everyone.”

Following their 1-0 loss to Finland on Saturday, Denmark will play against Belgium on Thursday in their second Group B fixture of the tournament.