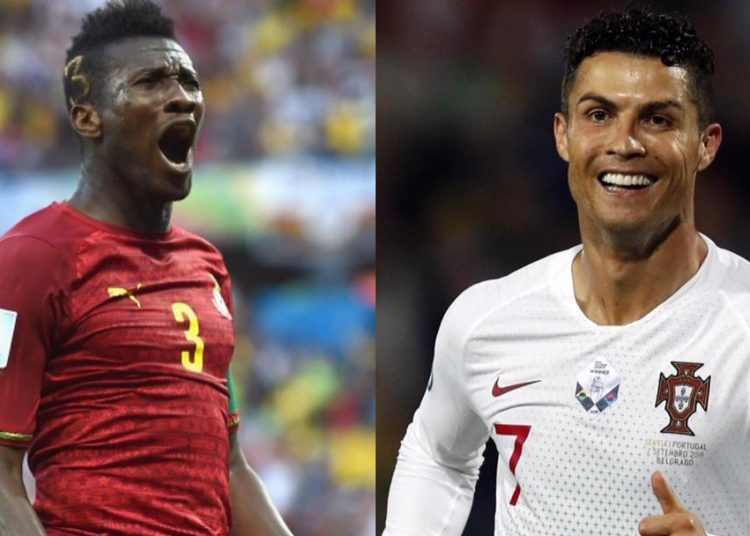 Cristiano Ronaldo became the top scorer in men’s European Championship history as Portugal beat Hungary 3-0 in front of more than 60,000 fans in Budapest.

Ronaldo converted an 87th-minute penalty for his 10th goal in the competition, overtaking France’s Michel Platini on nine goals.

But that was not the only record the Juventus star set in the game.

By scoring at Euro 2020, the 36 year old also became only the 2nd player in history to score at nine consecutive major international tournaments, equaling Ghana’s Asamoah Gyan’s record set in 2017.

Gyan became the first player to reach the milestone after he scored the winner against Mali in Ghana’s second group game at AFCON 2017. That goal meant Gyan had scored in six different AFCONS and three different World Cups.

The record has stood since then, until Ronaldo equaled it at Euro 2020.

Which tournaments have they scored in?