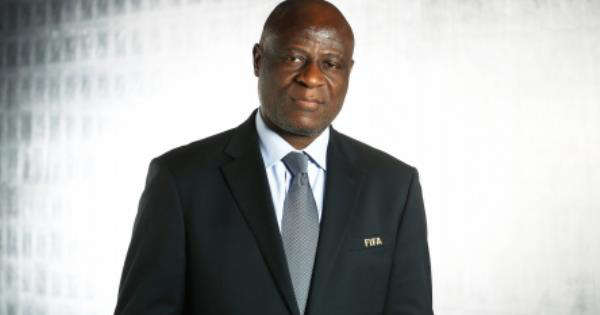 After 18 years at the head of the umbrella body of Congolese football, he announced his resignation on June 16 during a press conference.

The rumor smoldered for two days, reporting the resignation of the president of the Congolese Football Association (Fécofa), Constant Omari Selemani.

“The modern man” as his relatives call him has finally formalized his departure from the Congolese football body where he was master on board for almost 18 years. Two days ago, he told reporters that he “will not go on the sly”.

It was therefore during a press conference held on June 16 at the headquarters of Fécofa in Kinshasa that he announced his effective resignation.

“It was with my head held high that I decided to return the apron and leave Fécofa. For 21 years, we managed to stabilize this federation because everyone knew what it was long before. My plan was to break down the current building and endow the federation with a ten-story building. Unfortunately, this did not happen and it is my great regret. Nevertheless, those who will come and those with whom I have worked and who will be able to return will be able to achieve this ”, said Constant Omari.

And for his succession, Vice-President Donation Tshimanga Mwamba will act as the head of the umbrella body of Congolese football until the organization of the elections in December 2021. Note that he had already mentioned his departure last March, after the defeat of the Leopards of the Democratic Republic of the Congo in Franceville against the Panthers of Gabon, on the fifth day of the qualifiers for the African Cup of Nations (CAN) Cameroon 2022.

This defeat sounded the elimination of the Leopards and national sports opinion had descended on the president of the Federation, asking him to leave his post. And Omari had declared that he was not going to stand for the next Fécofa elections scheduled for December 2021. He reminded the press conference in these terms:

“It was in March that I started my reflection, the day after the match against Gabon. I said that it was high time to leave Fécofa, and allow another generation to move on to another experience ”.

Constant Omari is leaving well before the start of the Qatar World Cup qualifiers. The Leopards start next September against the Taifa Stars of Tanzania.

In 18 years of Omari’s governance, the local Leopards won two African Nations Championship titles in 2009 and 2016, and a bronze medal at the Africa Cup of Nations in 2015.