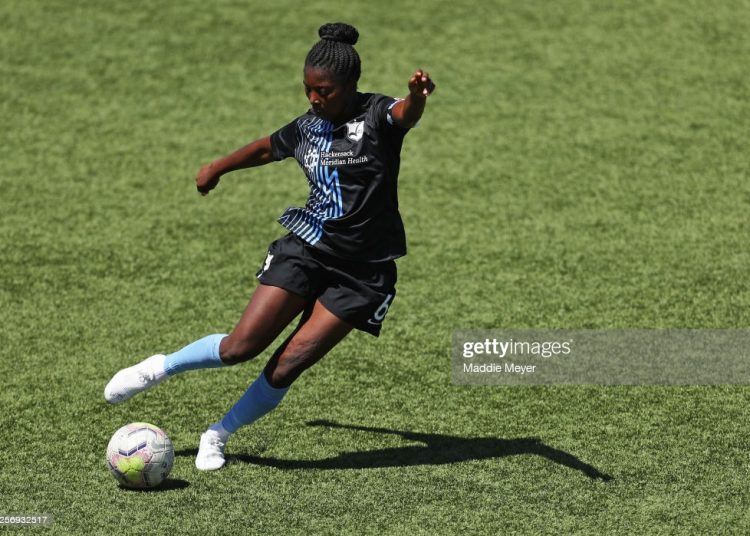 Black Queens midfielder, Jennifer Cudjoe has registered her displeasure over the lack of preparations for the side ahead of the 2022 Africa Women’s Cup of Nations (AWCON) qualifiers in September against the Super Falcons of Nigeria.

Ghana will play arch-rivals Nigeria in the first round of the qualifying series for the 2022 Women’s Africa Cup of Nations tournament in Morocco.

With the qualifying series divided into zones, one of Nigeria or Ghana, who are both housed in WAFU Zone B, will miss out on the tournament next year.

Both have traditionally participated in each of the CAF Women’s AFCON tournaments since the inaugural edition in 1991.

Ghana’s opponents, the Super Falcons, are on a global tour, engaging in a series of friendlies as part of preparations for their crucial game against the Black Queens of Ghana.

The Black Queens on the other hand are yet to even assemble in camp to begin preparations for this tough fixture in September.

“Looking at what is happening in women’s football, every country is trying to make a change, either it’s on equal pay or preparations or on equal treatment. But in our country, everything is one-sided.  We are not asking for so much, but we want them to accord us the respect we deserve. There is a game coming up against Nigeria and yet there hasn’t been any plans for camping”, she told Happy 98.9FM.

“In Ghana, we will wait until a month or two weeks before we camp players and that is not fair. Nigeria takes women’s football seriously, and they invest a lot in it. They are already engaged in friendlies and how do you expect us to beat a team with such preparations. God won’t even allow it.”

She added: “The disrespect towards the women’s team is too much, and we deserve equal treatment just like the Black Stars”.