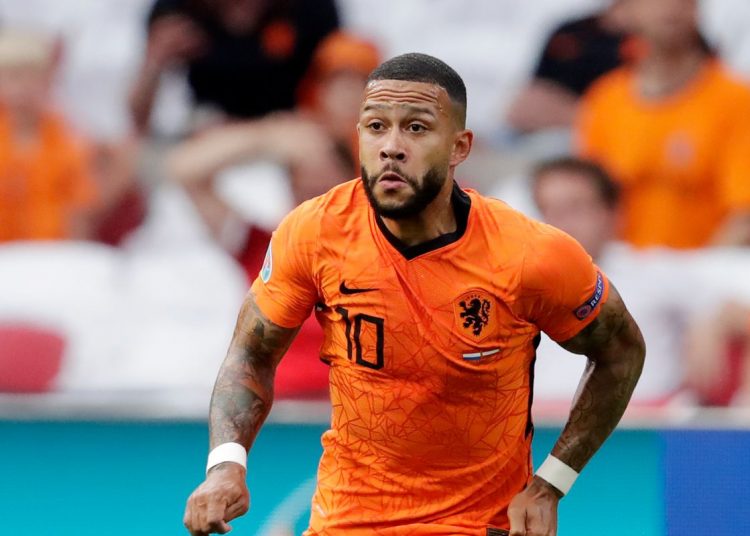 Barcelona have reached an agreement to sign Lyon forward Memphis Depay on a free transfer when his contract expires at the end of this month.

Depay, who joined Lyon from Manchester United in 2017, will sign a two-year contract with the Spanish club as he reunites with former Netherlands head coach Ronald Koeman.

A club statement read: “FC Barcelona and Memphis Depay have reached an agreement for the player to join the club once his contract with Olympique Lyonnais is at an end. The player will sign a contract until the end of the 2022/23 season.”

Depay is set to become Barcelona’s third free transfer of the summer after ex-Manchester City pair Sergio Aguero and Eric Garcia signed for the club.

However, Koeman missed out on fellow Dutchman Georginio Wijnaldum, who opted to sign for Paris Saint-Germain instead to work with Mauricio Pochettino, who once wanted him at Tottenham before he joined Liverpool.

Barcelona have been forced to target free transfers due to more than £1billion-worth of debt, in part caused by the financial impact of the coronavirus pandemic.

The 27-year-old is currently representing the Netherlands at Euro 2020, scoring one goal in two games.

Depay said in the Netherlands press conference on Wednesday: “Everyone knows that I have been negotiating with Barcelona for some time.

“I want to play with Ronald Koeman. Now is the time to wait, but soon there will be news.”