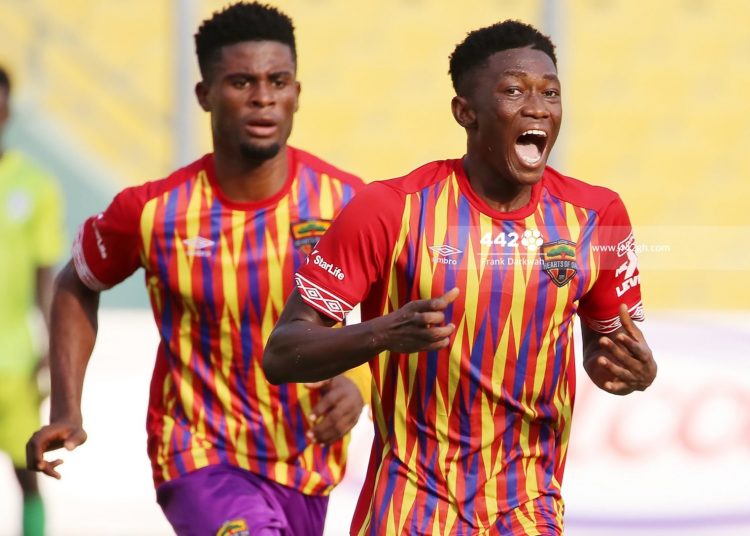 Kumasi Asante Kotoko and Accra Hearts of Oak both booked their places in the round of 16 of the MTN FA Cup competition after impressive victories against Thunderbolt FC and Windy Professionals respectively, but Premier League sides WAFA and Karela United have been dumped out.

Kotoko dispatched Ejisu-based 3rd tier side Thunderbolt 3-1 in Ejisu on Saturday, with a brace from Evans Adomako and another from Emmanuel Gyamfi completing a comeback for the 2017 winners.

Hearts of Oak scored four second half goals to dismiss Windy Profesionals in Accra with Daniel Afriyie, Emmanuel Nettey, Benjamin Afutu and Umar Manaf all getting in on the act. Jamel Hola Selorm scored the consolation for Windy Professionals.

The biggest casualties of the round of 32 were WAFA and Karela United.

On Saturday, WAFA were eliminated on penalties by second tier side Young Wise FC in Dobro after the game ended 1-1 in regulation time.

On Sunday, Karela United exited the competition, losing 2-1 at home to Medeama in Aiyinase.

In other results, Great Olympics progressed 4-2 on penalties against Kpando Hearts of Lions following a 0-0 result.

Elmina Sharks also progressed at the expense of local rivals Venomous Vipers with a 4-2 penalty shoot out win following a 0-0 result in regulation time.