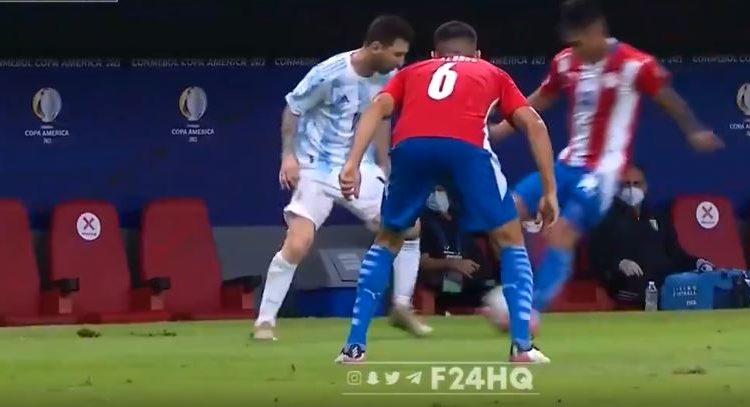 One would have thought that having watched Lionel Messi for almost two decades, nothing he does could surprise us anymore.

You would be wrong.

Argentina’s captain was heavily involved as they secured a place in the Copa América quarter-finals with a 1-0 win over Paraguay. 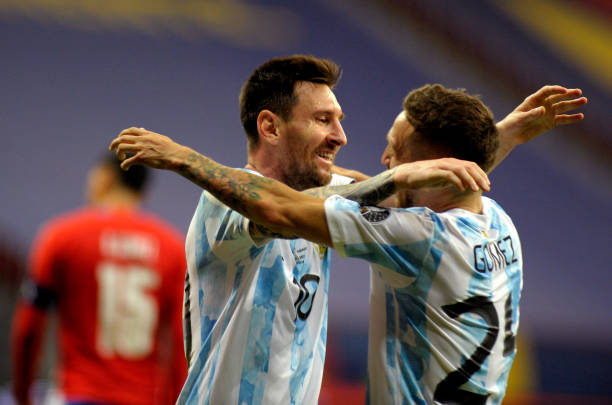 Messi was instrumental in the winner as his pass to Angel Di Maria, was dinked into Dario Gomez’s path to score.

Aside, this, it was a complete performance from Messi, who was up to his usual tricks including one moment near the end of the game, when he left one Paraguayan player on the floor before slipping the ball between the legs of another.

Take a look at the nutmeg below:

Lionel messi left them for dead 🤯

This led to some hilarious comments on Twitter, with one person suggesting that Messi could nutmeg a mermaid.

Leo #Messi could nutmeg a mermaid if he needed to🤣#ArgentinaVsParaguay

Incredibly, Messi was just as effective at the back for Argentina as, with the Paraguayans searching for an equaliser, he won the ball back just outside his side’s won penalty box and progressed with it superbly before being fouled.

Messi going back to defend🔥 pic.twitter.com/JU14MaA6LD

Messi constantly had the Paraguay defenders on skates and often despatched them with ease, including with a body feint that had his marker seeing double.

Argentina have two wins and a draw from their three matches at the tournament so far and will be confident of going all the way this time with a very motivated-looking Messi desperate for a first senior international trophy.