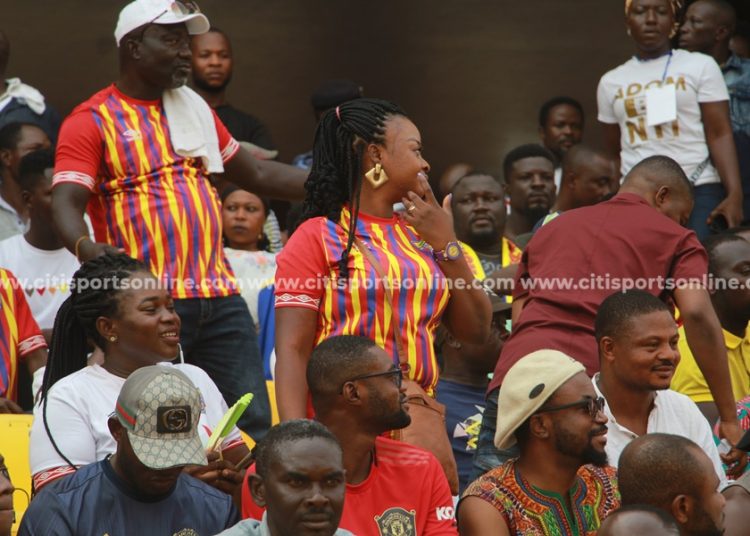 The Ghana Football Association has rejected Accra Hearts of Oak’s request to admit fans of up to 70% capacity at the Accra Sports Stadium for their league game against Asante Kotoko this Sunday.

COVID-19 restrictions have allowed clubs to admit only 25% of stadium capacity for league games in the country but the Phobians wrote to the GFA and the National Sports Authority asking to be given special dispensation to admit nearly three-quarters capacity for the crucial game on Sunday.

Communications Director for Hearts of Oak, Kwame Opare Addo confirmed the Phobians’ request had been shut down, describing it as unfortunate.

“Unfortunately, when we met today at the stakeholders meeting, we were told to stick with the 25% capacity”. He said in an interview.

“Having more fans at the stadia would have been something the game because when you look at where football has reached in the league, having more fans would have a lot more edge and interesting bite to the game but it was rejected because of the scare of the Coronavirus pandemic but we are ready to work with everyone involved during and after the game to ensure fans are safe”. He added.

Hearts of Oak and Kotoko are level on points at the top of the Ghana Premier League with 5 games to the end of the season.

Kotoko host Karela FC on Wednesday and Hearts of Oak play Legon Cities on Thursday before the sworn-rivals clash on Sunday.