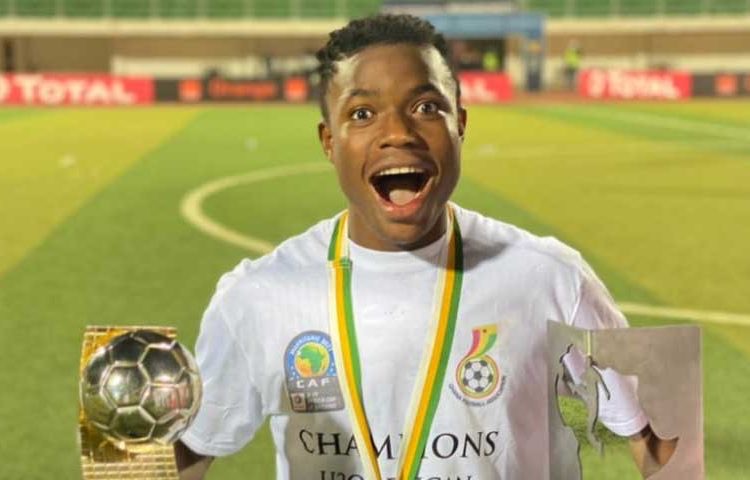 Liverpool have NOT signed Ghanaian teenager, Abdul Fatawu Issahaku, according to reports in England.

Earlier this month, reports emerged in Ghana that the U-20 AFCON MVP had signed for Liverpool and loaned to Portuguese Champions Sporting Lisbon.

Accoding to British transfer giants, The Athletic, no such deal has been reached, and the club has no commitment to take him in the future.

#LFC have not signed Ghanaian teenager Abdul Fatawu Issahaku and loaned him to Sporting – despite some reports to the contrary. For a start, they can't as he's u18. He's joined Sporting on a permanent. LFC adamant they have no involvement & no commitment to take him in the future

The 17 year old was set to join German side, Bayer Leverkusen, but the deal fell through after what the German side described as “dubious behaviour” by the player’s agent.

The Steadfast FC youngster has reportedly been attracting interest from some of Europe’s leading clubs, including Anderlecht and Borussia Dortmund.