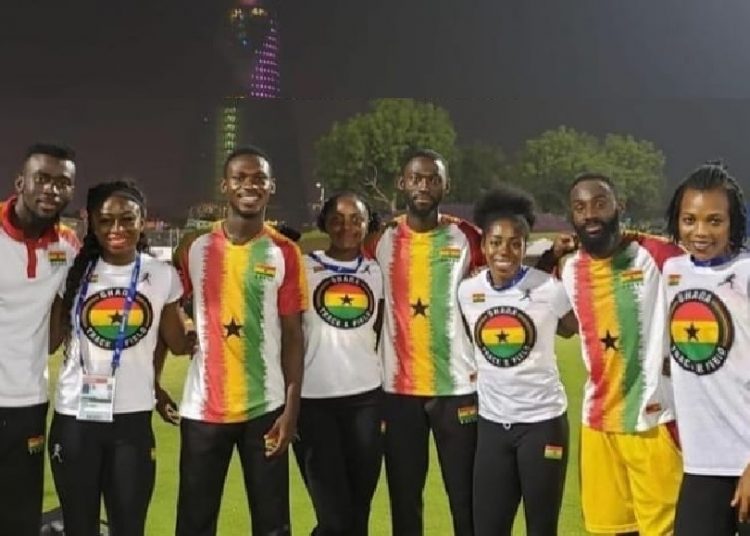 Ghana’s contingent for the Tokyo Olympic Games will leave for a pre-games camping in the Japanese city of Nawashiro, one weel after they were initially scheduled to fly out.

Ghana had planned a one month pre-games camp in Japan ahead of the start of the games on July 23, but a third wave of COVID-19 outbreak in Japan has led to the host city cutting one week off the schedule to reduce the risk of infections.

A contingent of 17 athletes and officials will leave Ghana next Wednesday June 30 for Japan, with the remaining members of Ghana’s 30-person contingent for the games expected to arrive a week later.

“We were supposed to go for the camp a month before the games but the increased prevalence of the coronavirus pandemic in Japan led to most cities cancelling the pre-games camps altogether,” Ghana Chef de Mission for the games, Mike Aggrey told Citi Sports.

“So our host suggested that we stay for a shorter time in order not to risk infection so instead of the four-week camp, we will now stay for three weeks,” he said.

Meanwhile, the track and field athletes have requested and been granted permission to continue their preparations in the USA ahead of the games and will join up with the rest of the team in Nawashiro one week before competition starts in the Asian country.

So far, fifteen Ghanaian athletes have qualified for the Olympic Games from five disciplines; swimming, boxing, judo, weightlifting and track and field.

“We hope to qualify one or two more especially from the track and field before the World Athletics deadline of June 29,” Aggrey said.