Euro 2020: Denmark hit four to dump Wales out of tournament 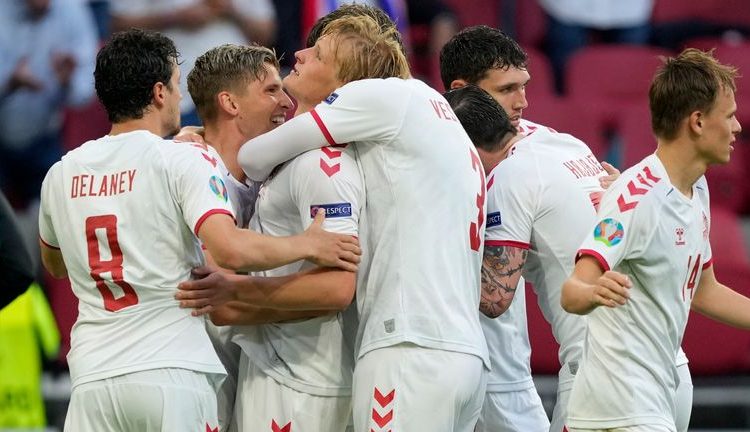 Wales were eliminated in the second round of Euro 2020 as they were thrashed by Denmark, whose inspiring journey at the tournament continues to the quarter-finals.

Backed by a fervent and almost exclusively Danish crowd, the Danes led midway through the first half as Kasper Dolberg curled in an excellent strike from the edge of the penalty area.

Dolberg struck again early in the second half as he seized on a defensive error from Wales substitute Neco Williams to smash in from close range.

That goal deflated Wales, who never looked like clawing their way back into the game as Joakim Maehle added a late third for the jubilant Danes.

Wales substitute Harry Wilson was then shown a straight red card for a foul on Maehle before Martin Braithwaite struck a fourth goal in added time as Wales’ exhausting campaign ended miserably.

Wales had performed well to get out of a difficult Group A which also featured Italy, Switzerland and Turkey, but this impressive Danish side proved a challenge too far for Robert Page’s men.

Denmark had already provided the uplifting story of Euro 2020, showing admirable resolve to reach this stage having been galvanised by midfielder Christian Eriksen’s recovery from a cardiac arrest.

The next stop on their fairy-tale voyage will be Baku for a quarter-final against the Netherlands or the Czech Republic next Saturday.

As for Wales, they will return home exhausted but, in time, proud of their efforts in reaching the knockout stages again in only their third appearance at a major tournament.