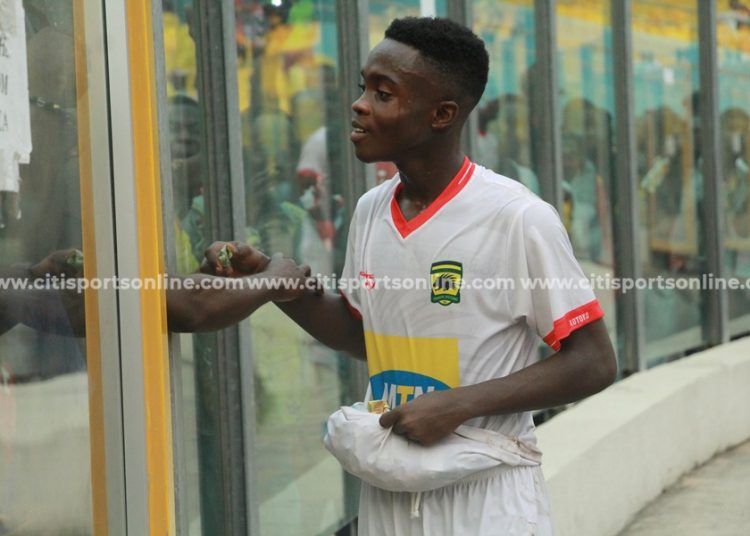 The most anticipated Ghana Premier League match in over a decade is set to take place at the Accra Sports Stadium this afternoon.

League leaders, Accra Hearts of Oak host Kumasi Asante Kotoko this afternoon with the two teams only separated by goal difference at the top of the table.

The buildup to the match has been intense, with fans of both clubs arguing their cases, even much more passionately than they typically do.

With excitement at fever pitch, we felt, what better way to look forward to today’s game than revisiting iconic moments in recent super clashes between Ghana’s most successful sides.

One very notable moment that will live long in the memory is fans’ reception to then Kotoko youngster, Mathew Anim Cudjoe in January 2020.

The starlet might not have played too many matches for Kumasi Asante Kotoko at that time, but he firmly established himself as a fans’ favourite when he came on for the Porcupine Warriors in their 2-1 win over Hearts of Oak.

He came on in the 73rd minute with the two sides level at 1-1 but his entrance certainly added more bite to the Kotoko attack.

He showed flashes of his brilliance, darting past a couple of players and putting in a cross that was not taken advantage of by the Reds.

Kotoko’s fans were definitely pleased with his output and with the Porcupine Warriors snatching a late winner against their fiercest rivals, they were in a giving mood as well.

With the away players showing appreciation to the support from their fans after the game, Cudjoe did a lap of the stadium.

As he went, fans threw down five, 10, 20 and 50 cedi notes to the starlet who gleefully snatched them up in his jersey.

The scene was captured by the lenses of Citi Sports’ Yaw Antwi Owusu, who followed the player’s progress around the pitch.

When Cudjoe was done with his lap, his jersey, the front of which was folded up to keep the money secure, was bulging.

Fans continued to throw down the cedi bills which Cudjoe who was already overloaded, couldn’t pick up.

He offered a final thanks to the fans before walking back into the dressing room to celebrate with his teammates, much happier and considerably richer than when he stepped onto the Accra Sports Stadium pitch.