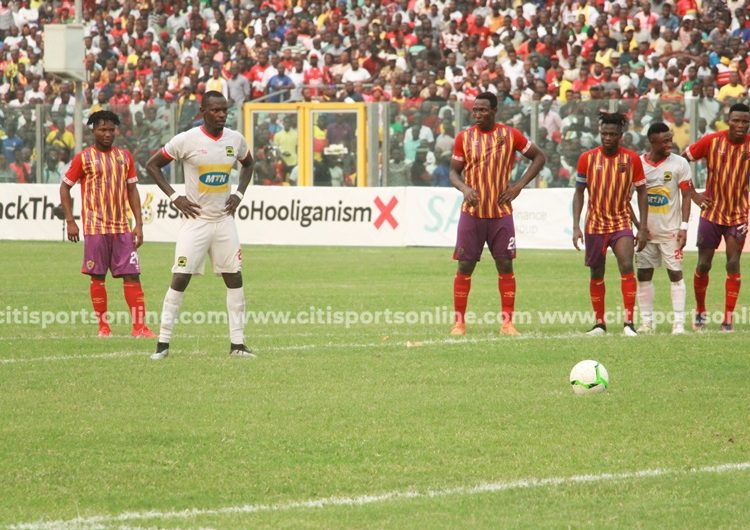 Naby Keita steps up to take the crucial late penalty for Kotoko. Hearts of Oak vs Asante Kotoko - 26-01-20

Fans of the Ghana Premier League will be hoping today’s encounter between Hearts of Oak and Asante Kotoko is as exciting as their match in January 2020.

With the stakes even higher than they were that day and excitement ramping up amongst fans of both clubs, that doesn’t seem very unlikely.

While some fans of either side have argued that their respective teams will win today’s encounter quite easily, occasionally in this encounter, late drama is the order of the day, just as it was a year ago.

That day, a 90th minute Naby Keita penalty gave Kotoko a late win against Hearts of Oak at the Accra Sports Stadium.

Kotoko took the lead in the 11th minute after Justice Blay outjumped his Hearts of Oak marker to head past the goalkeeper. 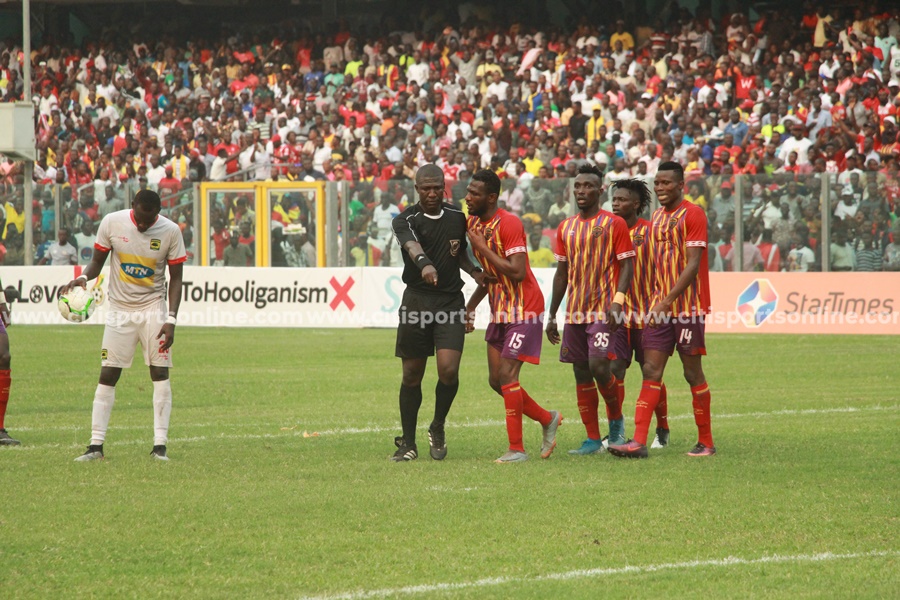 Hearts of Oak managed to find an equaliser after the break, with Joseph Esso scoring in the 64th minute.

With the game seemingly heading to a draw, Kotoko were given the opportunity to grab a winner as the referee pointed to the spot for a handball in the box against Hearts. 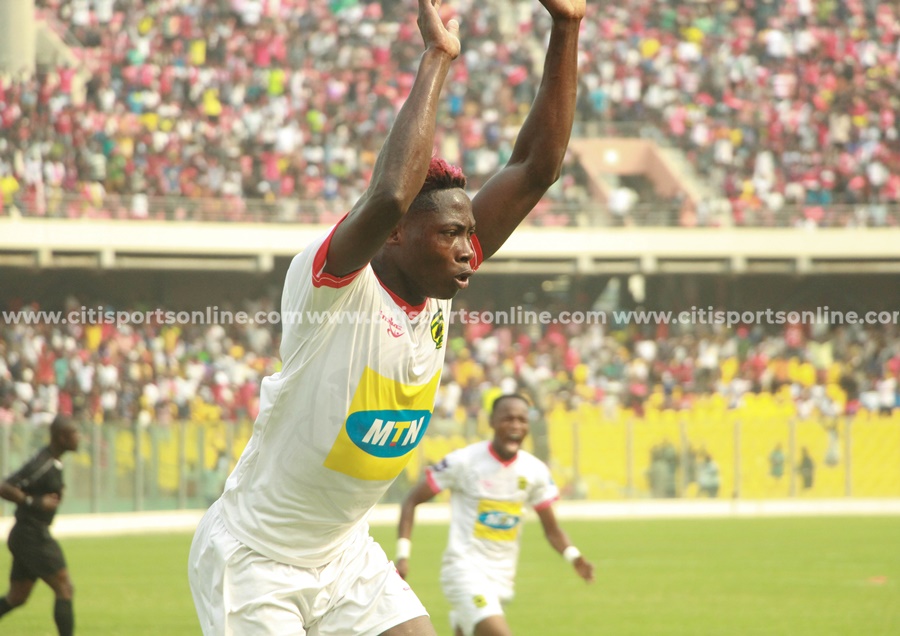 Naby Keita stepped up and sent the ball straight down the middle, sending the red half of the Accra Sports Stadium into a frenzy. 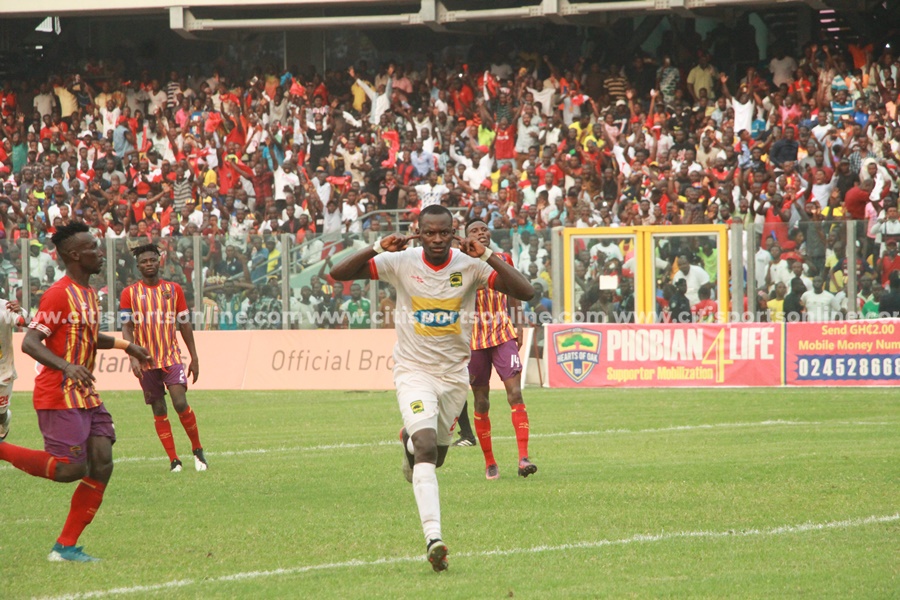 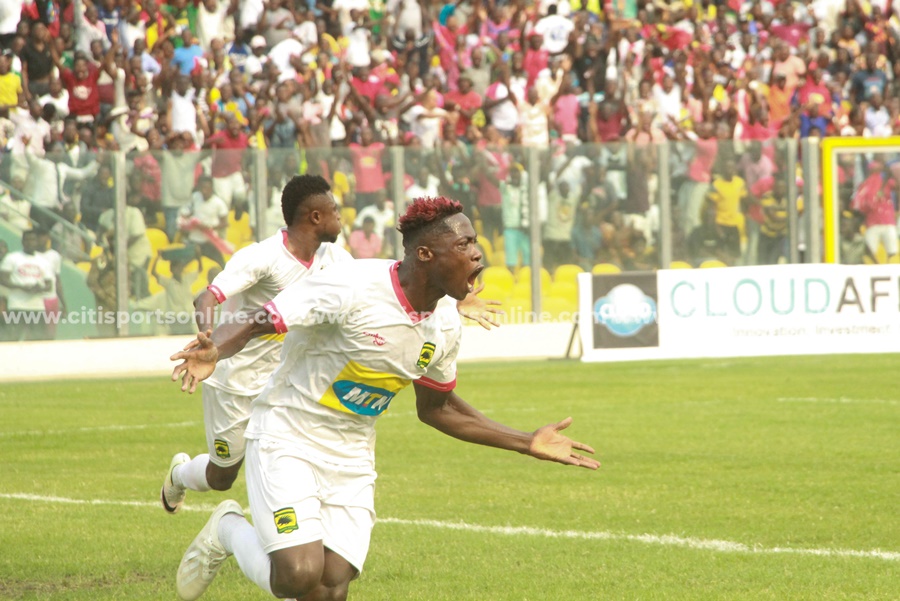