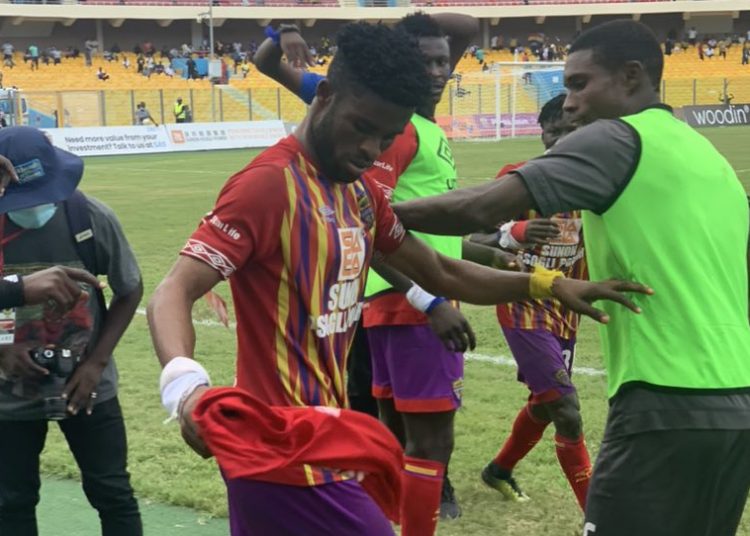 Hearts of Oak went three points clear at the top of the Ghana Premier League table with a 1-0 win over Kumasi Asante Kotoko in second place on Sunday.

With three games to play in the league, the Phobians are now in pole position to win their first league crown in over a decade.

The Phobians thought they had taken the lead when captain, Fatawu Mohammed made a darting run down the right flank, but his shot struck the left-hand post, much to the relief of Kotoko goalkeeper Kwame Baah.

Kotoko nearly grabbed the lead on the stroke of halftime but had to watch helplessly as Robert Addo Sowah’s mistimed clearance rolled agonisingly past the face of the goal.

Hearts began the second half the brighter of the two and almost took the lead through Salifu Ibrahim, but his close-range effort was saved by Kwame Baah.

Samuel Boadu’s side however continued to boss possession in a search for the opening goal.

Superb intricate passes from Hearts kept the home fans entertained, but the goal was still elusive.

However, that changed on the 66th-minute mark with Afriyie Barnieh connecting an Ansah Botwe shot in exquisite style to give Hearts a much-deserved lead.