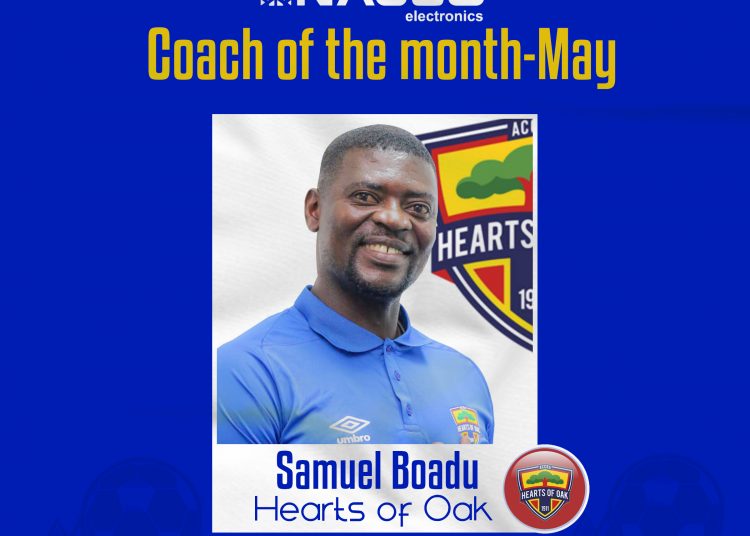 Hearts of Oak coach Samuel Boadu has been named coach of the month for the month of May, 2021.

He will go home with a 43 inch NASCO Television set, a NASCO Men’s grooming set and a personalized trophy from electronic partner NASCO electronics. 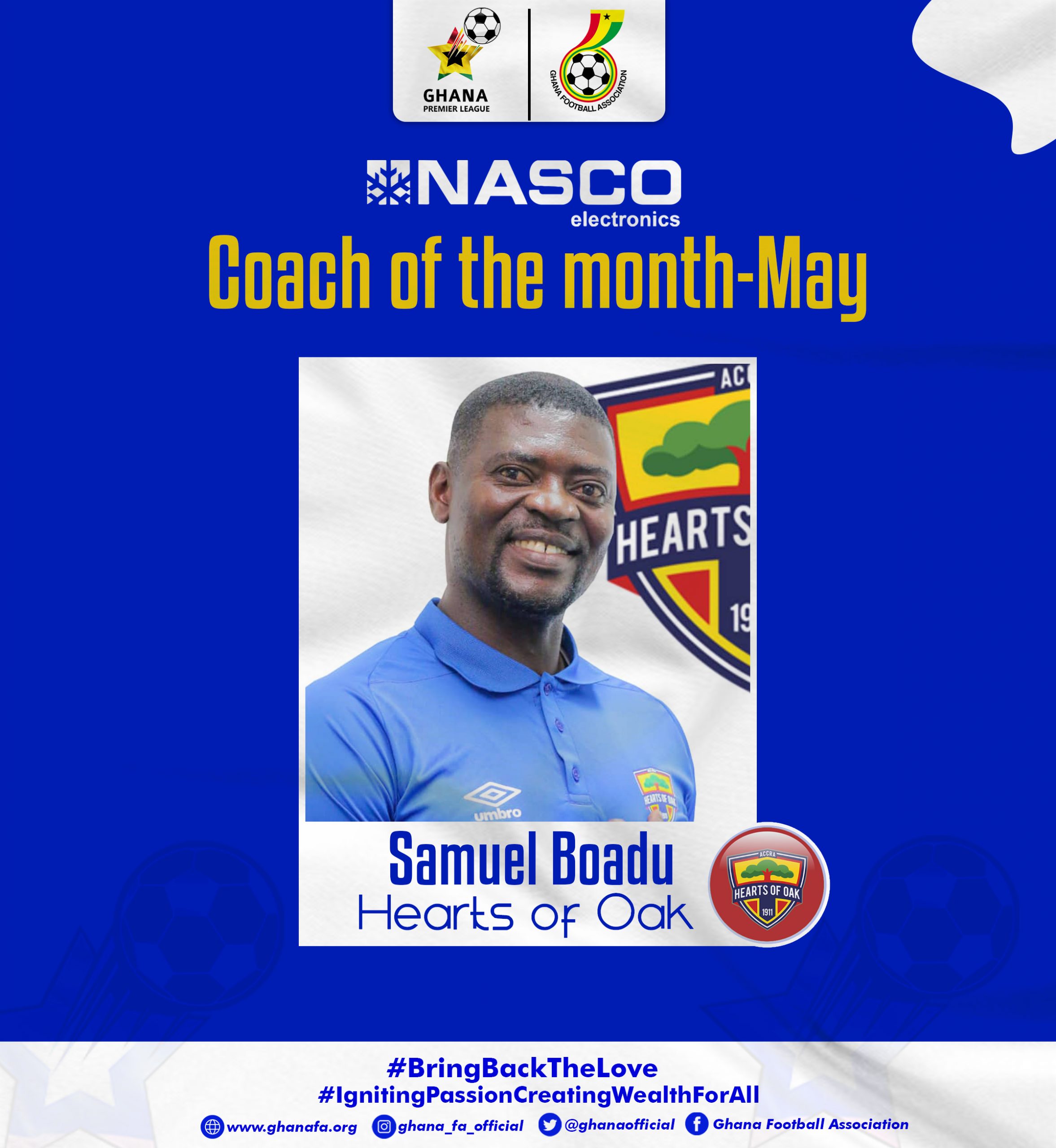 Accra Hearts of Oak midfielder Ibrahim Salifu has also been voted the player of the month for May.

The former Techiman Eleven Wonders player picks up the award after seeing off challenge from Sam Adams of Aduana Stars and Abdul Ismail Ganiu of Asante Kotoko after an impressive start to life at Hearts of Oak.

In the month of May, he won two Man of the Match awards and scored once, helping Hearts of Oak to the top of the table.

He will receive a NASCO Television set and a personalized trophy. 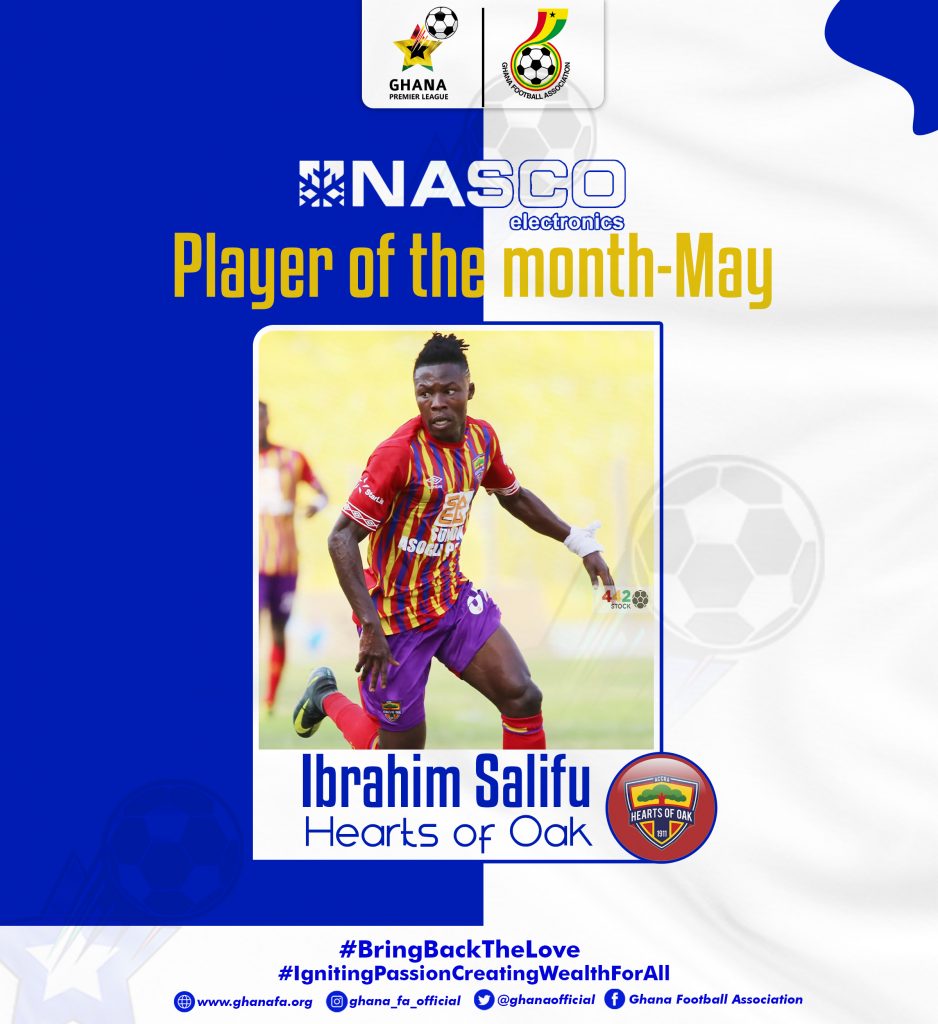