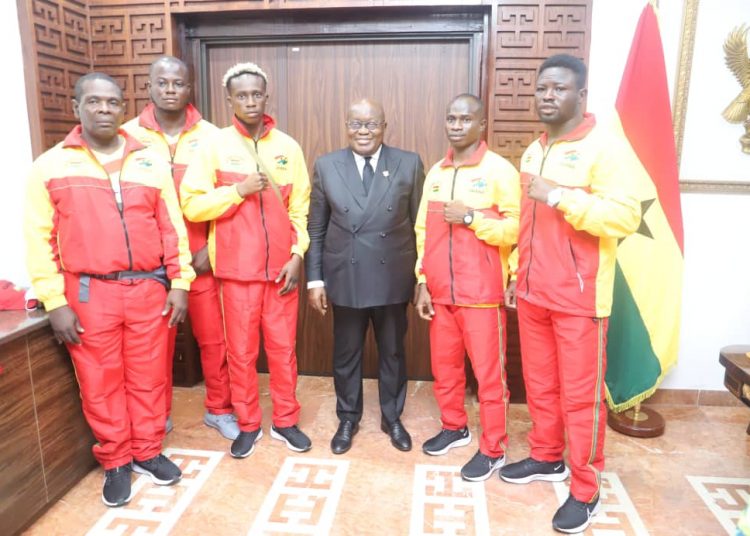 Ghana’s Amateur Boxing team, the Black Bombers met with President Akufo Addo at the Jubilee House on Wednesday before departing for Japan ahead of their pre games camping.

The team, who are expected to touch down in Japan on Thursday were led by the President of the Ghana Olympic Committee, Ben Nunoo Mensah.

In all, three boxers will represent Ghana at the Olympic Games next month, hoping to end the country’s long wait for an Olympic medal in boxing.

Ghana has failed to pick up an Olympic medal in boxing since Prince Amartey’s bronze at the 1972 games.

President Akufo Addo, bid the team ahead of their campaign, and tasked them to continue in the country’s fine tradition in the sport.

“Both amateur and professional boxing in Ghana have a rich history.

“Traditionally we have done very well in the sport, so I wish you the very best of luck. Also take very good care of yourselves while in Japan,” he told the boxers.