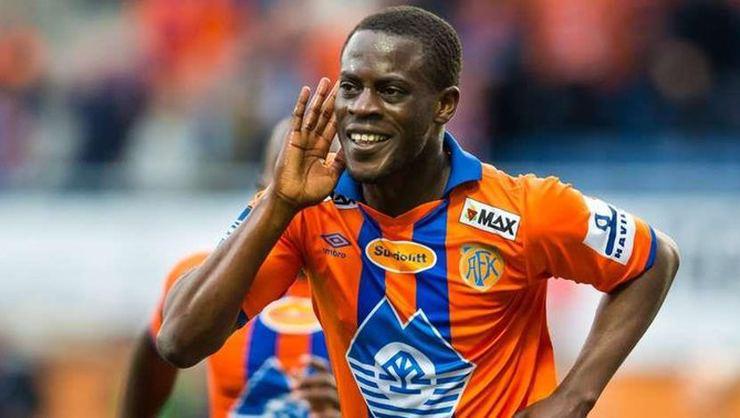 Black Stars winger Edwin Gyasi has vowed to make a return to the Black Stars after years of being outside the team.

The Dutch-born -Ghanaian who got his first call up into the team in 2017 under Coach Kwesi Appiah in an interview with Adam Adjei on Kasapa FM and Agoo TV expressed his desire to put himself in a position to get back into the Black Stars team.

Gyasi who had a torrid time last season due to injuries and COVID-19 says he is getting back to full fitness and his brother who happens to be his agent is shifting through the numerous offers on their table to pick the best one out for the upcoming season.

‘’ I am currently in Ghana to work on my fitness and at the moment everything is going on well for me. I will leave the country soon for my new club to begin my preparation after my brother sorts everything out.”

Edwin Gyasi Who last played for Turkish side Samsunspor, also made known his desire to get back into the Black Stars team by working hard at his new club in the upcoming season.

‘’I want to play for the Black Stars again and the best way to do that is to get performances up at my club and hopefully give the Black Stars coach a selection headache”.

The 30-year-old silky and Pacy winger scored his first goal for Ghana in the 2018 World Cup Qualifiers against Egypt at the Baba Yara Stadium and has made five appearances for the Black Stars team.